The Auditorium was “The Finest Little Theater in Northern Indiana”. It was financed by public subscription and was built in 1899. H.F. Frazier was the architect.

There were many Nappanee citizens who pushed for the auditorium to be built. They formed what they called the Auditorium Association. From its opening until WWI, it hosted the Nappanee Orchestra, locally-produced shows, band concerts, recitals, graduation and so much more.

The Auditorium burned down on January 19, 1937. The fire originated in the Jet White Grocery that was below the Auditorium. The flames in the sky could be seen for miles and those not having heard the announcement by radio hurried to Nappanee. Many thought the entire town of Nappanee was on fire. All that was left of the Auditorium building was the west and north walls but they were leaning to one side. 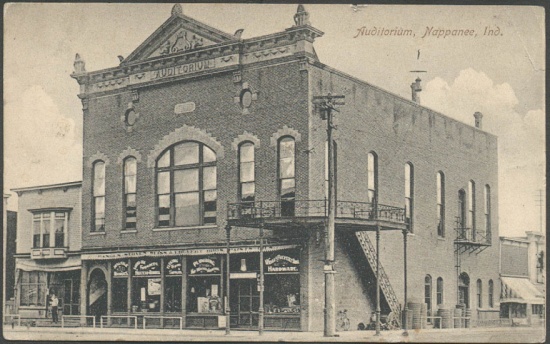 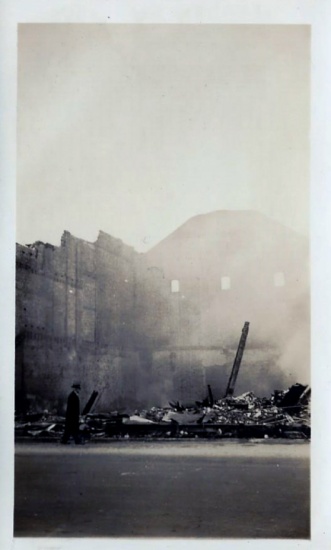 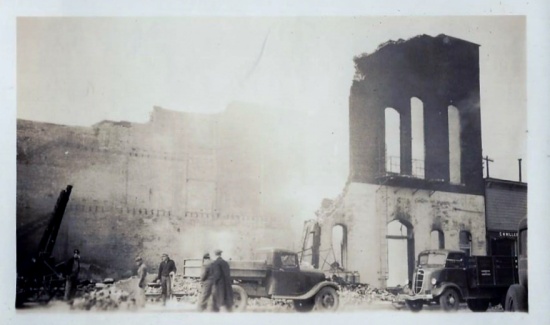