J.H. Austin's two-story Sioux quartzite building was built in 1902. Its outstanding features are three rows of checkerboard, alternating light and dark quartzite, around the top of the building. The main floor facade has been greatly altered, most notably around the large display windows and the main door area. Large rose-colored tiles and smaller windows have replaced the original large display windows and the front door has been moved farther east.

J.H. Austin operated a candy store and ice cream parlor and sold school supplies and Indian curios. He went bankrupt in 1914 but didn't leave the building until 1919. In the 1920s Dr. Richardson operated a hospital on the main floor and was followed by a number of other businesses in this location. The second floor has been used for apartments and various other offices, as has the basement. 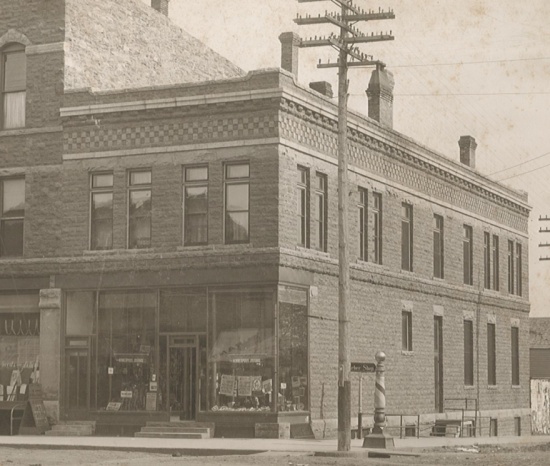