If one is looking for a more violent association with death, then it is the Avalon Building at 104 West Main Street that holds greater claim. This late-Victorian apartment building was the site of a horrific death in 1908 when a young woman named Eugenia Yontz committed suicide. Suspecting her husband of infidelity, Eugenia drank carbolic acid and died a painful death in front of her father, husband and a local doctor who was unable to save her. Not only did Eugenia die in the building, but her funeral was held in the Avalon as well, making the Avalon’s ties to tragedy strong and traumatic.

Image 1: Photograph of the Avalon Building with Old Newark High School in the Background. Date unknown.

Image 2:The Avalon building in 1938 as the Northwest Territories Parade passed through Newark.

Image 3: News headline of the death of Eugenia Yontz at the Avalon building in 1908. 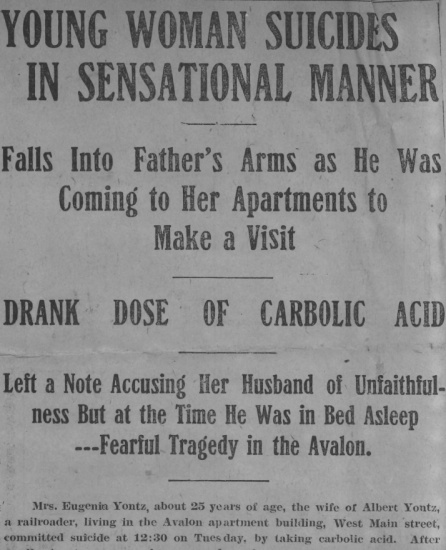 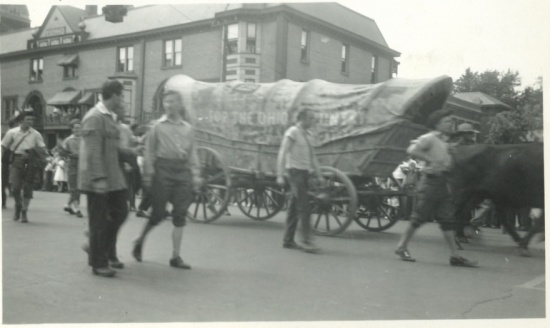 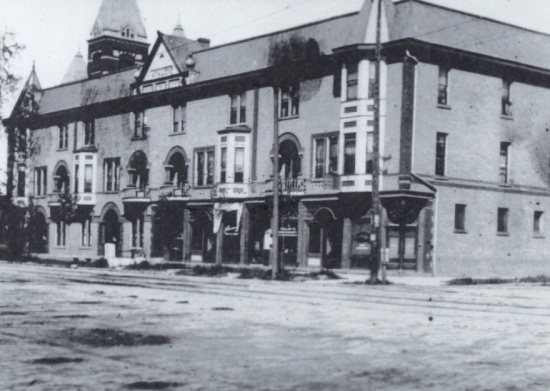