This Greek Revival-style house was built in 1843, so it's one of the older buildings in Northville, and it's very well-preserved. The land was part of the original land grant received by Alvah Smith in 1825 and was later sold to early settlers John and Betsey Miller, William Dunlap and eventually A. B. Ames, who erected the building to house the Northville Academy, a private school.

The school later came under the leadership of Sylvester Cochrane and was quite successful until it closed in the late 1860s. At that time, the building became the residence of Asa Randolph, who removed the iconic cupola.

The building's symmetry, columns and entryway with sidelights are all characteristics of Greek revival architecture. 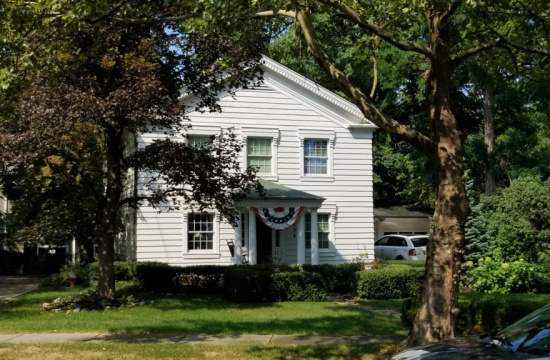