The Betsy Ross House, a row home built in 1740, has been restored to about the year 1777, and it commemorates Betsy Ross’ legend and history. In 1777, Ross was commissioned by George Washington to create the first American Flag. Although no official records exist to prove the story of Ross creating the legendary “Stars and Stripes,” the descendants of Ross have passed her story down from generation to generation, which detailed Ross’ role as a national matriarch and the feminine face of the American Revolution. 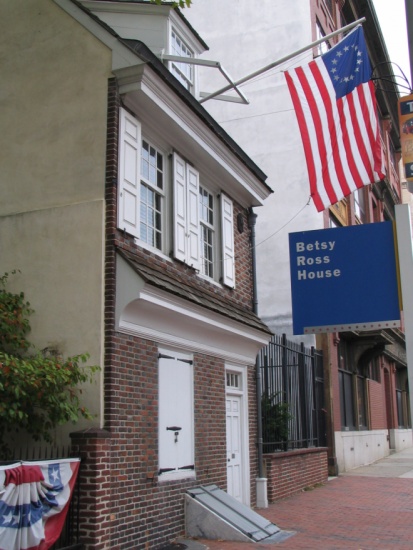