Although it does not look it, this is one of the oldest houses in North Buckinghamshire. It was restored in 1993 after a long period of standing empty following the death of the last of the Bird family who had been the local builders working for the Finch family estate for many generations. When the roof timbers were inspected, they revealed construction techniques dating from about 1300 including the use of a Cruck. It is thought that it was originally an 'open hall' house, and this is borne out by the considerable smoke blackening found on the inside of the old roof timbers above the likely position of a central hearth. It seems that this was one of the two manor houses of Milton Keynes, the other being behind the church and visible only as an ill-defined moat ditch in the field.

This is how the cottage looked in the Birds' day. The right hand end of the building housed a separate 'one up, one down' cottage, and this became derelict long before the part occupied by the Bird family. As builders for the estate, they carried out every kind of repair or new work required by the local farms, and must have been familiar with almost every building in the village. Over the years, they must also have made considerable modifications to their own house, which probably partly explains its comparatively modern appearance. This, ironically, did not assist the preservation of the house, since it disguised its true age, and it was not listed until it had been unoccupied for a number of years. After the second world war, when the estate had been bought by the Society of Merchant Venturers, the Birds continued to work to maintain the estate, but they also did business with many other property owners in the area.

At the end of the yard, stood a thatched timber barn which housed the carpenter's shop. The barn was constructed in the eighteenth century and was 'listed' even before Bird's Cottage. Sadly, this did not save it from deteriorating so badly that it eventually had to be dismantled. Of especial interest were some drawings found in the loft of the barn which were identified as being of some of the timber fittings of the House of Lords. The speculation is that some of the work on the rebuilding of the Houses of Parliament was subcontracted to skilled carpenters in the Home Counties, and this is how the drawings came to be there. They are now held in the library of the House of Lords.

Today the builders' yard has been transfromed into a beautiful garden. It would not have been so tranquil in the Birds' day. Behind the shrub at the right of the picture, there is a brick-lined saw-pit (now covered for safety reasons) where huge baulks of timber and sometimes whole trees were sawn from top to bottom with one man above and one below in the pit. In other sheds around the yard there were timber-working machinery, a forge and metal-work shop. The Birds undertook every kind of maintenance work needed by the farmers and householders of the village estate except thatching. Most of the machinery was taken to the Milton Keynes Museum when the house was first acquired by the Milton Keynes Development Corporation.

If you need a break here, go back into the "Village Garden" just to your right, where there are benches. Otherwise you can continue around Bird's cottage and the Village Hall return to the start point in the Car Park. 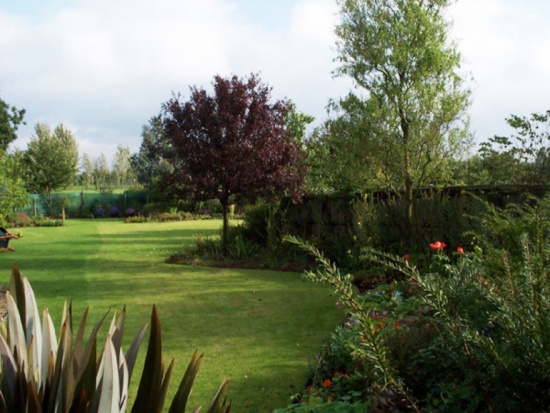 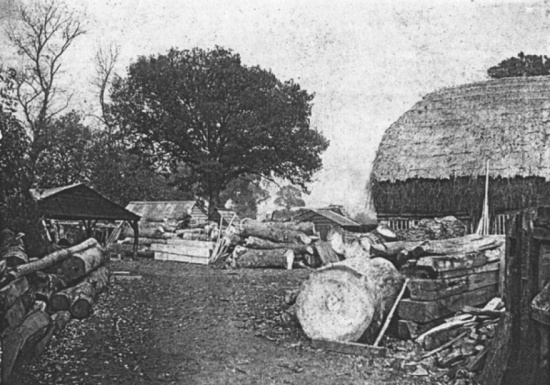 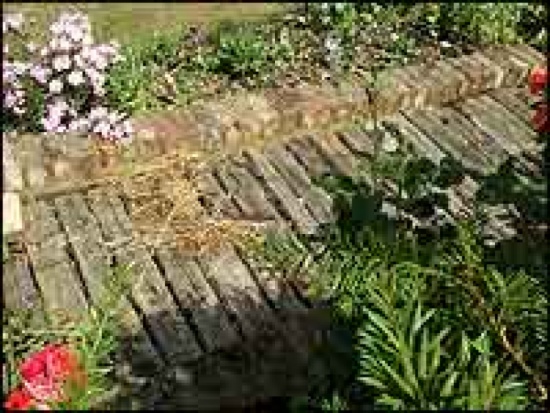 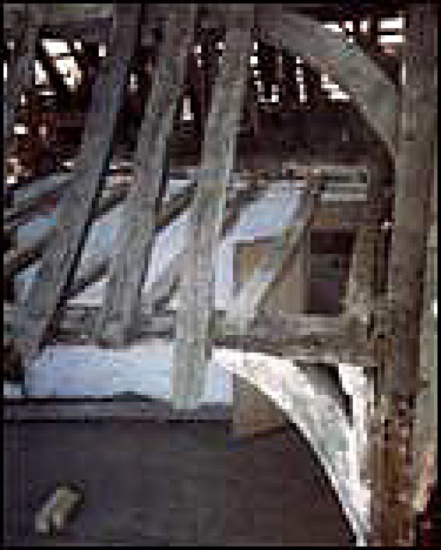 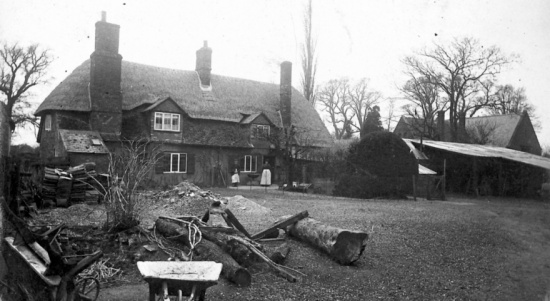 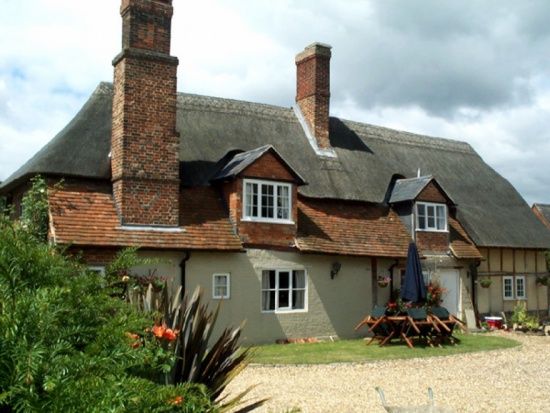