In 1890, Mars Hill College President Adonnas E. Booth convinced the college trustees to deed him a lot of land on which a boarding house for female students was to be constructed. Work on the two-story structure began in the 1890s but eventually ceased due to a lack of funding. In an effort to pay building debts, the trustees sold the property to the George brothers of Mars Hill. In 1899, Dr. B. W. Spilman purchased the property in hopes for turning it into his summer home. However, once construction was completed, Dr. Spilman allowed Reverend and Mrs. W. H. Woodall to operate the building as Spilman Home for Girls in 1901. In December 1901, Mars Hill College President Dr. R. L. Moore and his wife Edna took over the home while the college began working on raising the funds needed to purchase the home. During this time, Dr. Spilman himself donated $1,000 towards the purchase of the house and requested the building named the Raymond Pollock Spilman Home for Girls in memory of his late son. With the help of Dr. Spilman’s donations and others like him, Mars Hill was able to take possession of the home debt free.

Around the time of Dr. Spilman’s donation, Mr. M. C. Treat of Pennsylvania began donating to Mars Hill. In 1904, Mr. Treat gave the school $150 and followed that up with $2,000 more the following year. These funds were to assist with the construction of a new building as long as the institution agreed to match the funds. Upon matching Mr. Treat’s donation, college trustees hired Biltmore House architect Richard Sharp Smith to design the new structure. The Treat Annex for Girls, which sat north of the Spilman Home for Girls, opened in 1906. Between 1920 and 1925, the college renovated both Spilman and Treat order to house a growing male student population. Both buildings would house males until 1935 when the college made the decision to demolish Spilman to make room for the Robinson Infirmary. After the Spilman Home was demolished, Treat Annex was renamed Treat Dormitory and would remain serving as a residential building until March 2, 1977 when a fire broke out and destroyed the structure.

Built on the site that once housed the Spilman Home for Girls and Treat Annex, Blackwell Hall honors the eighteenth president of Mars Hill College, Dr. Hoyt Blackwell (1890-1988). Upon his arrival to campus I 1966, President Dr. Fred Bentley began to question the functionality and need for the under-utilized Treat Annex (Spilman Home for Girls had been demolished in 1935 to make room for the Dr. W. F. Robinson Memorial Infirmary). Described as opportunity meeting the college’s need for a new administration building, administration made the decision to construct a new building following a fire that claimed the Treat Annex in 1977. Located in the center of campus, school officials made the decision to name the building in honor of Dr. Blackwell who had served as college president from June 1938 to June 1966. Designed by Six Associates, an Asheville based architectural firm, construction on the new three-story structure began in the summer of 1977 and completed in 1978. Today, Blackwell Hall still serves as the administration building for Mars Hill University and houses the president’s office as well as several other administrative departments and offices. 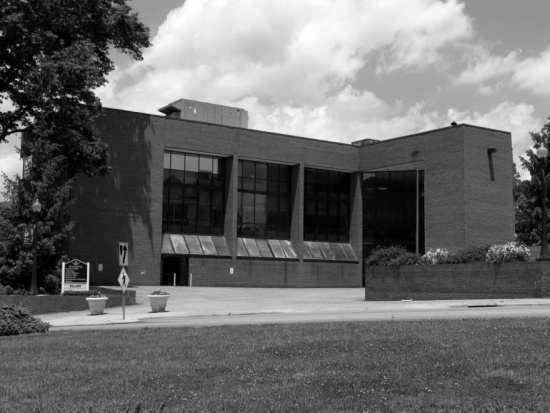