The next kiosk at this location is about blue crabs, which is an important fishery in Yankeetown, especially since World War II. Production peaked in the 1960s following the introduction of the crab trap. Blue Crabs are highly abundant in Florida and open for harvest year-round. Male crabs called “jimmies” are targeted because of their size and meat content. Read the panel for more in-depth information about the fishery and traps used. Then, keep your eyes peeled around the area for stacks of crab traps along the river. Fishers place the traps in the sun to combat fouling organisms such as barnacles and sea squirts that grow on the outside of the traps.

This point of interest is part of the tour: Big Bend Shellfish Trail - Yankeetown (Walking) 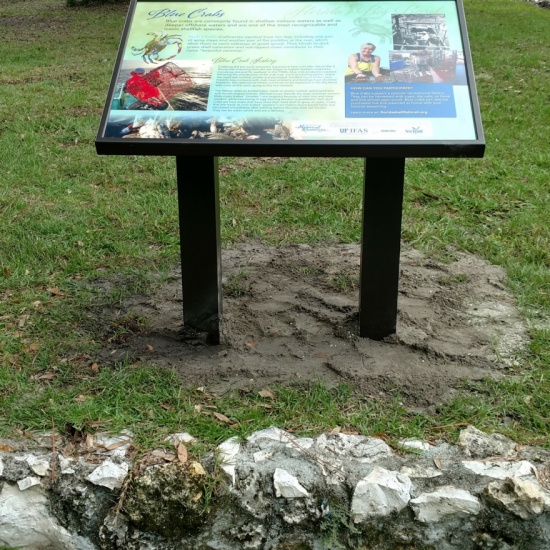 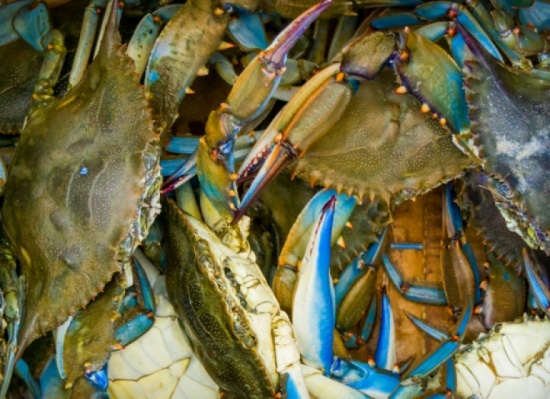