On the 5th September 1981, a group of women, children and senior citizens arrived on Greenham Common having walked from South Wales. They delivered a letter to the Base Commander stating ‘We fear for the future of all our children and for the living world’. When their request was ignored, they set up a peace camp just outside the fence by the main gate on the Basingstoke road. Initially named Main Gate, it renamed Yellow Gate in 1987.

Altogether there were nine gates onto the base. A protest camp was set up at each one and took the name of a colour. Blue Gate is the only original gate remaining from those days and was one of the last to be completely vacated in 2000.

From the junction of the path towards Blue Gate bear right and re-join the main gravel path that was once the northern tax way. This will lead you back to the Control Tower. On your way back you will pass a small lake on your left, point of interest 8 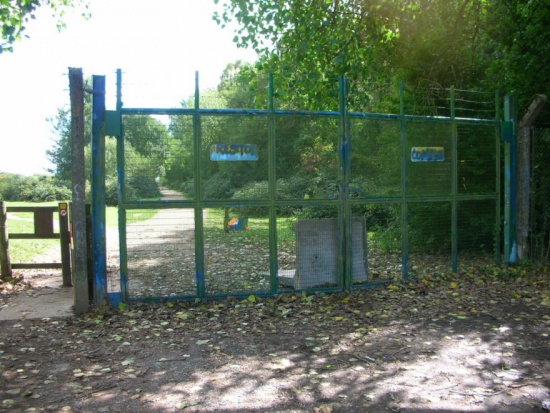