The current fountain is a reproduction of the original, made of bronze and put in place in 1981. The original stood in the same place for almost 100 and was made of cast iron. It came to Madison from the 1876 Philadelphia Centennial Exposition, purchaced by the Madison Lodge of Independent Order of Odd Fellows and presented it to the city of Madison in 1884. The original was designed by French Sculptor J.P. Victor Andre. The reproduction bronze sculpture was reconstructed by Cincinnati sculptor Eleftherios Karkadoulias. The only part of the original fountain that is still present in Fountain Park is a stone plinth that supported one of the original triton figures; it is set into the concrete at the south end of the central path as a base for a tablet that commemorates the replacement fountain. 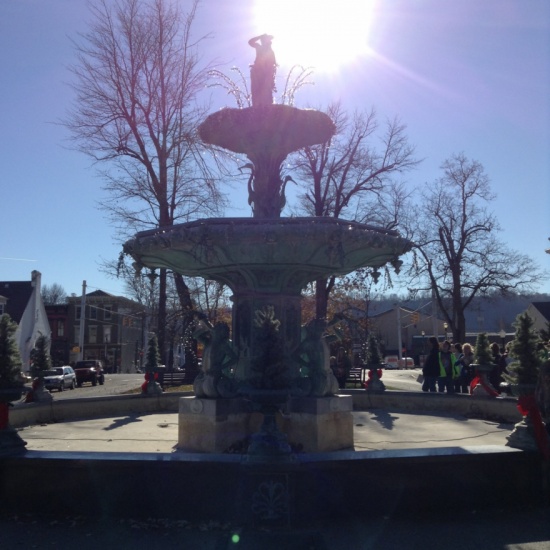