This series of townhouses is rare in Greensboro, where the urban prototype did not gain popularity before apartment houses with shared interior common halls grew acceptable. The four units remain among the few such townhouses in the state.

The structures were likely built by Brown Real Estate Company, which had offices at 109 East Market Street. The firm was operated by Sample S. Brown, who was involved in several large transactions that transformed the city in the first decade of the twentieth century. At first, the flats were rented to white collar workers such as George Phoenix, clerk for the Southern railroad; rates in 1907 were $15 per unit.

In 1919, the flats were acquired by Dr. Daniel Cato Suggs. Dr. Suggs was considered one of the wealthiest black men in North Carolina, and possibly the South. A native of Wilson, he graduated from Lincoln University in Pennsylvania (B. A. and A. M.) and Morris Brown University (PhD) before beginning his career as a professor in the public school systems of Kinston and Asheville. He married Mary Nocho of Greensboro, daughter of educator Jacob Nocho, in 1902. In 1917 he was elected the President of Livingston College in Salisbury. He maintained his residence in the city until his death. 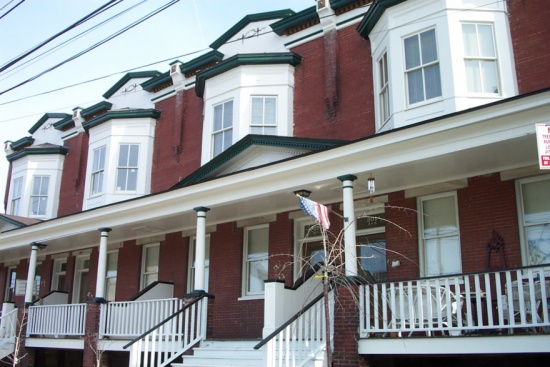