Built in 1912, Pipestone's first hospital was located in this story-and-a-half, 25' x 50' building. The first floor was constructed of Sioux quartzite. The gable wall has a recessed arch, fish scale shingles, and a fanlight window over a triple window. A porch extends across the entire front. In its early years, the basement housed a shoe store, followed by other small business concerns.

The main floor contained offices for two doctors, a waiting room, a dispensary, and a surgery room. The elevator to the four-room hospital on the second floor was large enough for a patient's bed. Dr. Alexander Brown practiced medicine here until retiring in 1945. A few years later the practice was taken over by his grandson, Dr. Robert Keyes, who retired in 1993.

In 1997 the building was purchased by Historic Pipestone Inc. which restored the exterior. 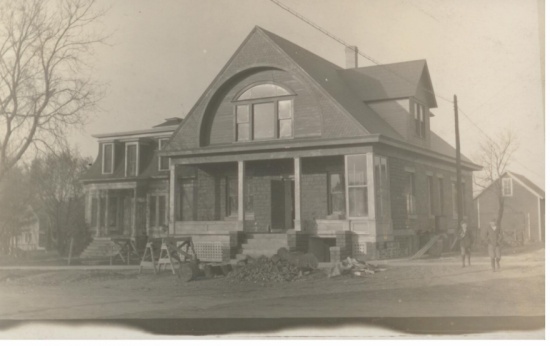