The Buckingham House adds a layer to the story of Veterans Park. This was not the first location for this Greek Revival house. Constructed in 1840, the house originally stood at Third and Locust Streets, but was moved in 1954 in an effort to preserve the structure. In fact, all the buildings in Veterans Park share that experience of relocation in order to preserve the past. Now the home to the Licking County Historical Society, Buckingham House is a venue for events and named after its most famous resident—Judge Jerome Buckingham. Judge Buckingham was one of Newark’s most prominent citizens in the nineteenth century, serving as a common pleas judge and president of First National Bank. In 1902, at the lofty age of 82, Judge Buckingham passed away in the house in which he had lived for decades. Many believe he still inhabits the house today.

When the construction crews set about moving the house in 1954, the project suffered a number of mechanical setbacks. Some joked that these accidents were caused by the spirit of Buckingham resisting the relocation. Speculation about hauntings, and rumors of strange happenings, grew at the new location: small items moving on their own, the sound of feet on steps when no one was there. But the most notable account was that of a bride preparing for her wedding at Buckingham House. She saw a man in old-fashioned formal wear standing at the top of the stairs. He made no response to her, but as she passed by a painting of Judge Buckingham, she realized that the figure on the steps and the man in the painting appeared to be one and the same. Though not a victim of a tragic death, it is easy to understand why many believe that Buckingham, a former leading figure of the city, continues to watch over his house, making this a location with consistent reports of hauntings.

Image 2: Photograph of Buckingham Meeting House as the structure was being moved in 1954. 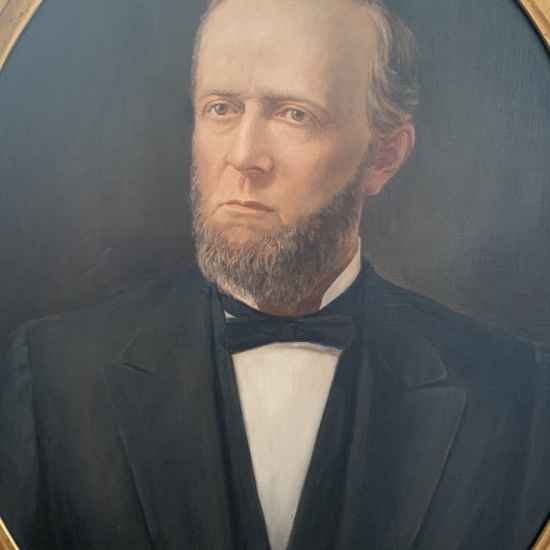 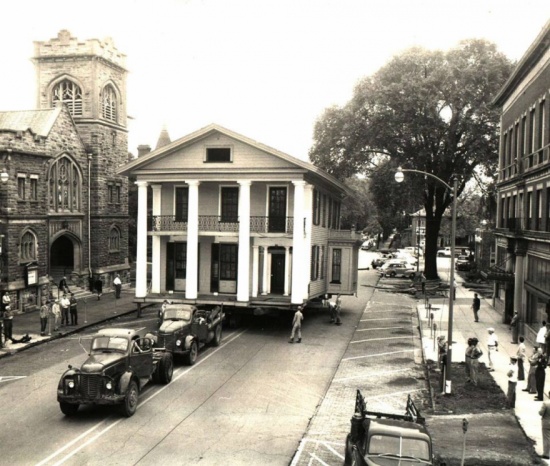 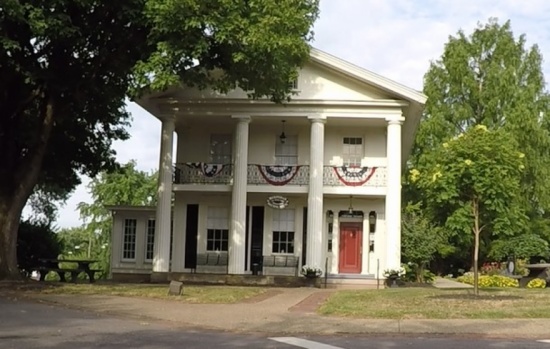