Designed by landscape architect Lawrence Halprin and completed in 1990.

"Halprin likened the role of a landscape architect to that of a choreographer, aiming to guide human movement through the environment in positive ways. As a monumental landscape feature linking two spheres together, his Bunker Hill Steps have proven to be a successful and visually striking path for moving people between old and new Los Angeles." —Los Angeles Conservancy

The Engstrum Hotel is by Robert Brown Young, built in 1910.

Retaining wall is Carleton Winslow, built in the the summer of 1930.

The Engstrum and retaining wall are demolished in 1988 in preparation for the erection of the Henry N. Cobb of Pei Cobb/Ellerbe Becket First Interstate Bank tower.

This point of interest is part of the tour: BUNKER HILL: STYLE AND SUITABILITY 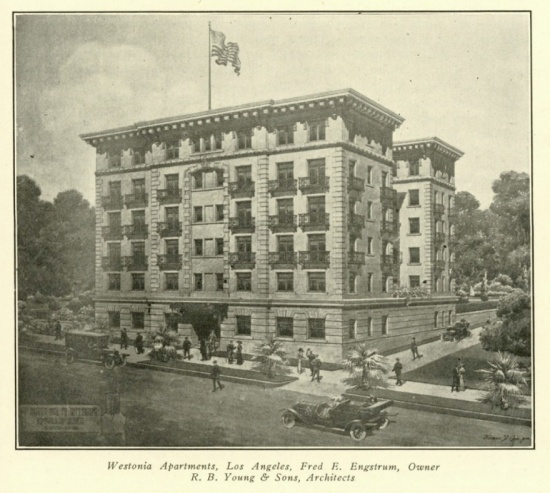 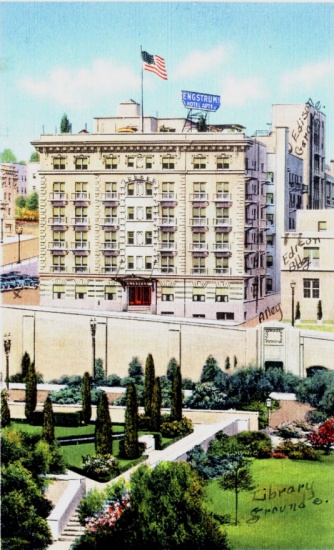 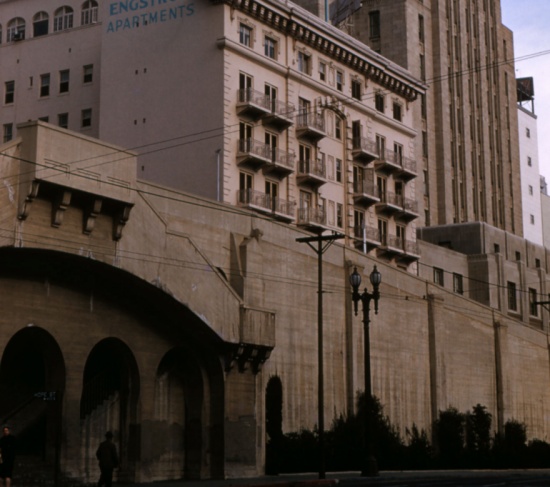 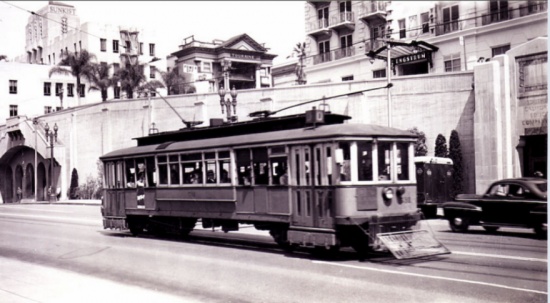 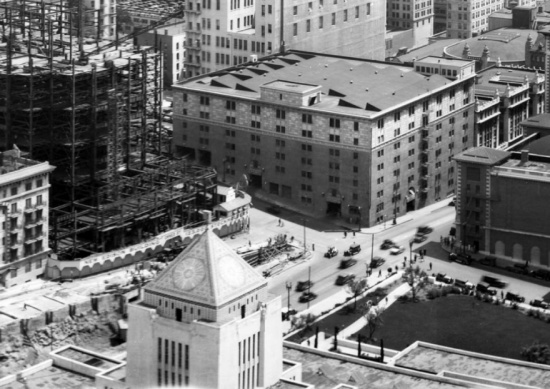 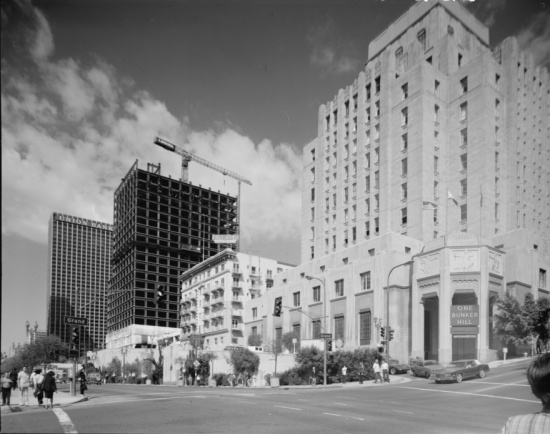 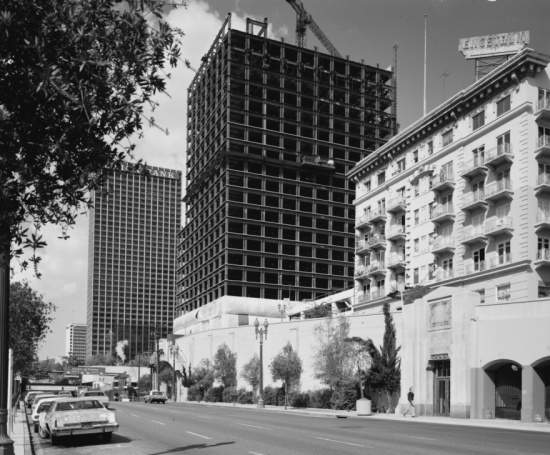 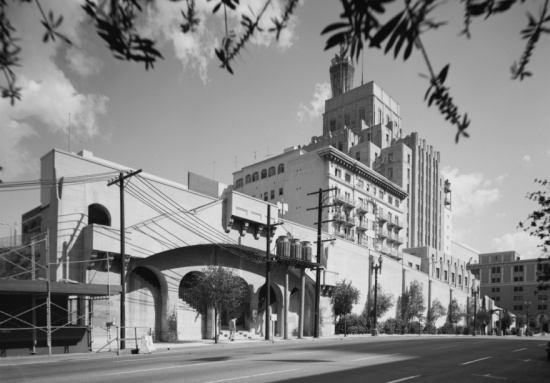