On September 24-25, 1779, Coreorgonel, the largest settlement of the Tutelo Nation, was burned by Colonel Dearborn and his regiment as part of the Sullivan-Clinton campaign. The village’s residents had already evacuated by the time Dearborn’s regiment found Coreorgonel. In his diary, Dearborn describes his men burning the village, consisting of 25-35 buildings, and nearby crop fields, “from 9 am to sunset.”

In the 1740's, the Tutelo and Saponi nations came to the region seeking protection from brutal colonizing campaigns by European immigrants farther south in their traditional homelands. They settled in 1753 in Ithaca’s Inlet Valley and were subsequently adopted by the Cayuga Nation. During the Revolutionary War, the American forces believed the Haudenosaunee nations allied with the British Empire. In retaliation General George Washington ordered the Sullivan-Clinton campaign; a march of destruction and violence through traditional Haudenosaunee territory. The army traveled down the east side of Cayuga Lake, burning Haudenosaunee settlements and destroying crops. Coreorgonel was one of forty villages burned in the Finger Lakes region. The campaign fragmented the Haudenosaunee and caused the Six Nations of the Haudenosaunee Confederacy, as well as the Tutelo and Saponi nations to flee west and north.

On September 23rd, 2006, Tutelo Park was established in Inlet Valley. The opening ceremony, attended by surviving Tutelo elders, included a memorial to the Tutelos, storytelling, performances from the Haudenosaunee singers and dancers, and other Native American crafts, workshops, activities, and food. The celebration was an expansion on the annual relighting of the sacred Tutelo Council Fire, which represents a symbolic return of the Tutelo to the Inlet Valley. 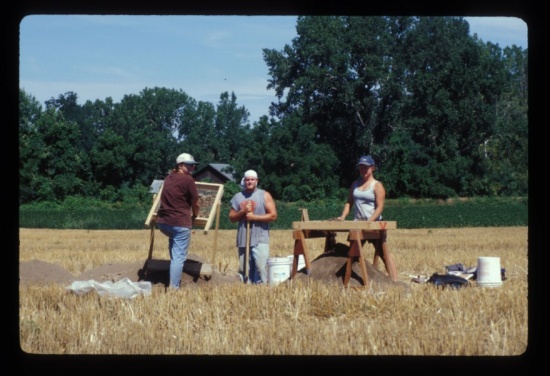 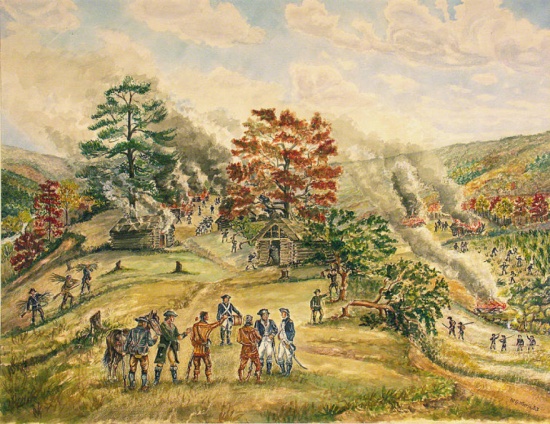