The store once located at Lake Street and Broadway Avenue began as Bushnell General Store circa 1876, before Wayzata was even incorporated. In 1906 brothers Lorin and Charles Lamb purchased the business and renamed it Lamb Brothers’ Dry Goods & Groceries. Under their ownership the store became the first in town to have electricity and a telephone. The business served walk-in customers and made deliveries with as many as eight employees working at a time. Lamb Brothers’ was particularly popular because they sold fresh fruit and produce, a unique offering at the time. The building was extensively renovated several times after the business closed in 1926 and eventually went on to serve as Harts Café and Sunsets Restaurant. Today it is occupied by CōV. 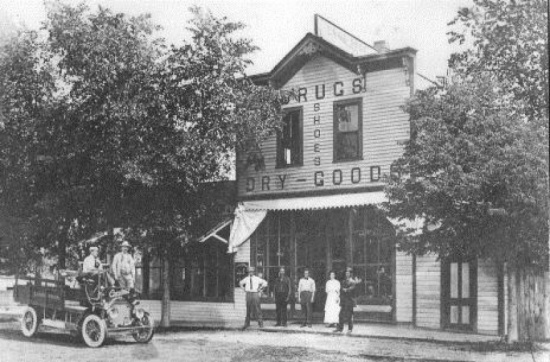