Every street corner in this venerable downtown has a story and many of them are tragic. Several hundred feet from the Hotel Warden and the Licking County Courthouse is the site of the most infamous event to have occurred in Newark’s history—the lynching of Carl Etherington.

In December 1908, nearly a full decade before a national prohibition on alcohol, Licking County voted to become a dry county by a very slim margin, thereby prohibiting the sale of alcohol. Many rural areas of the county embraced the temperance movement and fully supported the measure, but Newark, with its growing industry and an expanding working-class population, voted against the proposal. They chose to ignore the law by letting its numerous taverns stay open in 1909 and 1910, even though it was illegal.

The mayor and the police didn’t just look away but embraced the city’s refusal to adhere to the new rules. This tension would boil over on July 8, 1910 when a private security group, including seventeen-year-old Carl Etherington, were deputized to close Newark’s illegal taverns. Chaos and tragedy would be the result.

Etherington and his fellow security agents were met with open hostility in their attempt and accomplished nothing. Violent scuffles ensued and after one failed attempt to close a bar, Etherington was assaulted by William Howard, a tavern owner, and former police officer. Etherington shot Howard in an attempt to defend himself, a gunshot that would prove fatal a few hours later. The authorities locked up Etherington in the Old County Jail, but its walls and bars would not be enough to save him; a mob of several thousand gathered before the Jail. At the news of Howard’s death, they stormed the building.

The mayor and other elected officials, who were sympathetic to the tavern owners and against the alcohol ban, proved ineffective in dispersing the crowd. The sheriff offered no resistance as the mob used a railroad tie to batter down the jail door, pull Etherington out of his cell, place a rope around his neck and drag him to a telegraph pole at the corner of Second and south Park Streets. There they lynched him from the pole, in full view of the courthouse whose justice they had replaced with the justice of the mob. The governor relieved the mayor and sheriff of their duties following Etherington's death. Fifteen members of the mob were charged with crimes, but only eleven received sentences, and none served more than four years in jail.

Newark would abandon its local prohibition by 1912, but the chaos, violence and tragedy of July 8, 1910 would remain buried in the psyche of the city. Etherington's death is a reminder that the streets we walk down and the corners we stand on can have an unexpected and awful past.

Image 1: Photograph of young Carl Etherington from Cosmopolitan magazine's article on the incident.

Image 2: Corner of Park and Second Streets on the south side of the square and the pole on which the mob lynched Etherington.

Image 4: Barred door of the Old Licking County Jail after it was stormed by the mob.

Image 5: Photograph of the lynching site at Second and Park Streets in 2020. 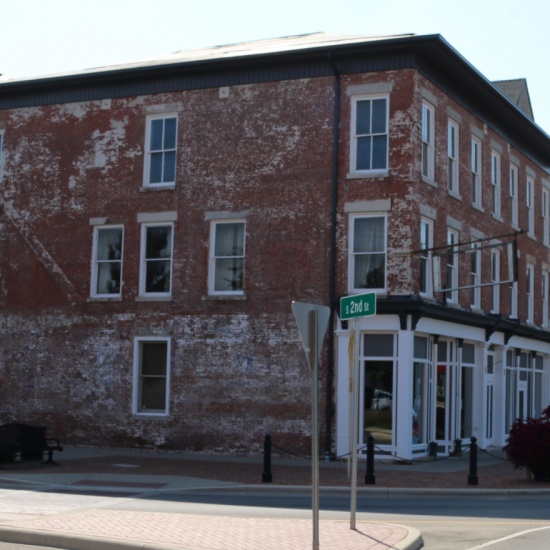 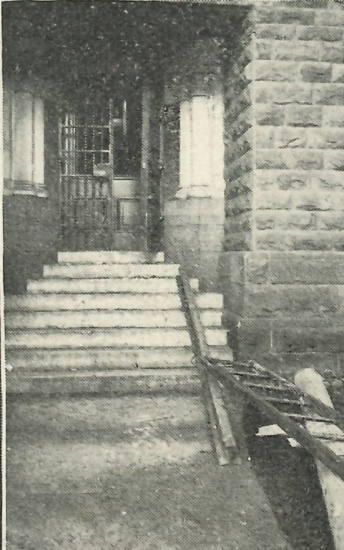 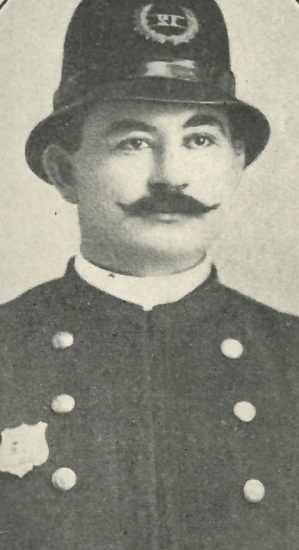 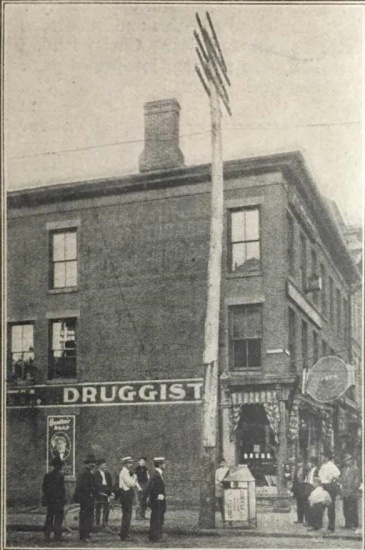 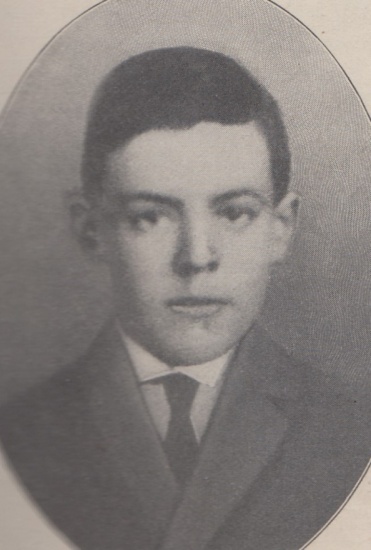