Cathcart Street (images 1 to 3) was named after the Cathcart family. When Charles, 8th Baron Cathcart, married Marion Schaw in 1718, this was the beginning of a long association with the town.

It was one of the first streets to be officially named by the town council, and developed as the commercial centre of the town with banks, coffee rooms, a sugar exchange, assembly rooms and a railway station.

Continue by crossing Cathcart Street then walking along it, parallel to the open car park to Pin 29: The Long Well. 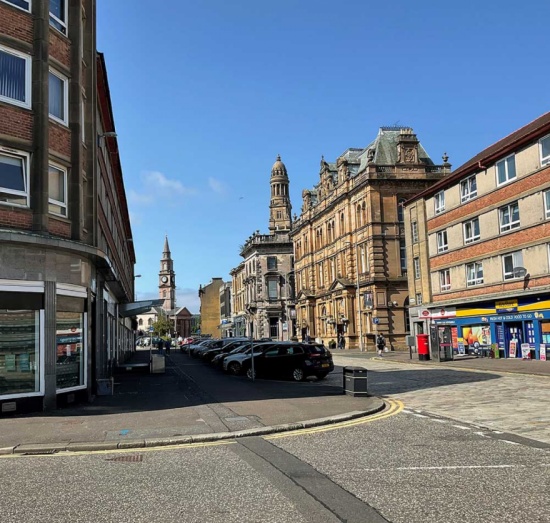 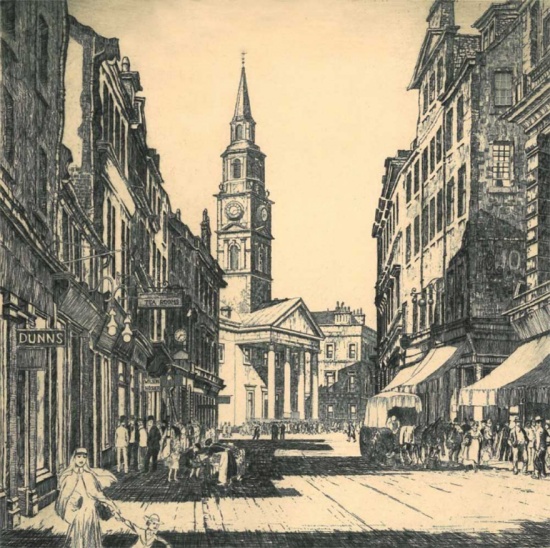 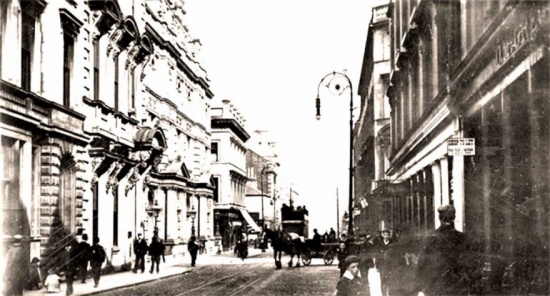