You can briefly park your car on Venus Drive while visiting this historic site.

This is an interesting story!

Before this short railroad line opened in 1889, the entire region between Jupiter and Miami was very sparsely inhabited. Getting lumber and manufactured goods to the settlers was exceedingly difficult and it was equally difficult for them to sell whatever they grew or caught. There were no natural ports, and no practical roads.

Why was ocean access so difficult? There was no Lake Worth inlet back then, although occasionally there would be a very shallow passage. Although small sailing boats could land near the beaches, strong ocean currents and often-adverse winds made travel times and conditions very unpredictable.

What about overland travel? Steamboats from farther north in Titusville ran for over 100 miles up and down the Indian River Lagoon, just inside Florida’s coastal barrier islands, but that lagoon ended at Jupiter. Between Jupiter and Lake Worth, wagon transportation was very difficult as the terrain was hilly, sandy, and rough.

The solution to this dilemma was to build a 7½ mile long narrow narrow-gauge railway just inside the coastal dune. This connected Jupiter and the new village of Juno, which was on the northern end of Lake Worth near today’s Publix at PGA Boulevard and U.S. 1. This train line created a vital link between the paddlewheel steamboats ending in Jupiter and shallow boats which then began operating on the 30-mile, north-south Lake Worth. The railroad charged the whopping fare of 75 cents for this short trip, equivalent to about $22 now.

At the front of the park is a plaque showing the train’s route and a photograph of one of its engines.

This train ran right past where you are standing and continued south along the route of Ocean Drive and U.S. 1. Between the two stations, one resident said at the time, there was “nothing more than a few shacks and pineapple patches.” Its official name was the Jupiter and Lake Worth Railway, but it earned the nickname “Celestial Railroad”. Why?

Since the northern station was named after the Roman god Jupiter, the southern one was creatively named after Jupiter’s wife, Juno. Between the two stations, the railway had two uninhabited stopping points: What could be better than to name them after two of the gods’ children: Venus and Mars! How fitting, then, that an early visitor dubbed this “the Celestial Railroad.”

During the six years it operated, the railway opened the Lake Worth region to trade, settlement, and tourism. The little village of Juno even became the seat of the then-huge Dade County, which covered today’s counties of Saint Lucie, Martin, Palm Beach, Broward and Miami-Dade.

The heyday of the Celestial Railroad came to an end in 1895 when tycoon Henry Flagler built his Florida East Coast Railway further inland through often-flooded wetlands. His line extended to Palm Beach and he even built a railroad bridge across the Lake Worth Lagoon directly to his Royal Poinciana Hotel. At the time, it was the largest wooden building in the world and could accommodate 2000 guests. Once his railroad was completed, there was no longer any use for the Celestial. Flagler’s line was much faster and efficient, meaning people and goods didn’t have to switch back and forth between boats and trains.

It’s interesting to note that in 1950, the women of the Juno Beach Garden Club took on the job of naming all the town’s new streets. Keeping with the celestial theme, streets were often named after Roman gods, goddesses and places associated with them. 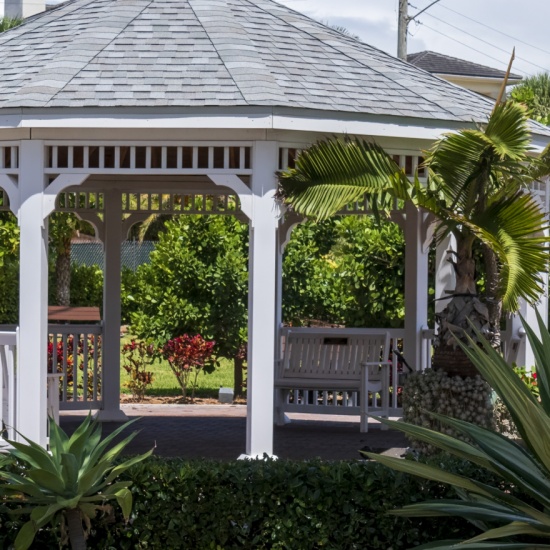 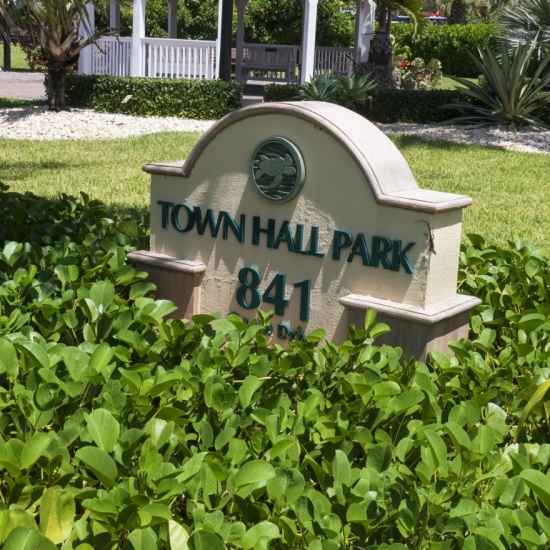 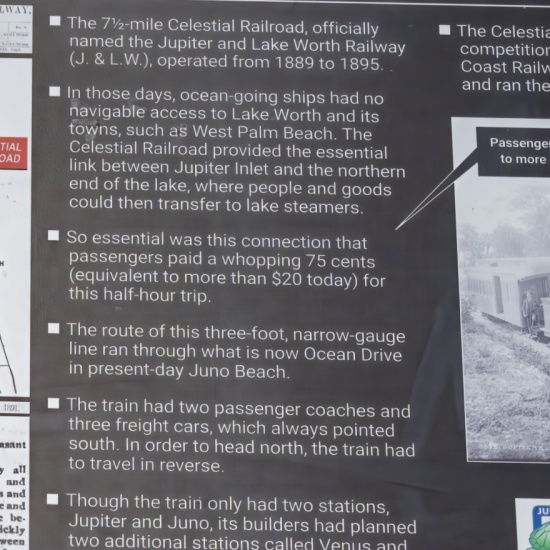