Greensboro’s Central Fire Station was built as part of a civic complex that included a training facility, jail, and city hall. The fire station is the only remaining component, preserved as part of a massive redevelopment of the block in the 1980s in a new role as a restaurant. It was designed by Greensboro-based architect Charles C. Hartmann and built in 1925-1926. The two-story Italian Renaissance-style façade is composed of red brick building with carved granite ornamentation. It is nine bays wide and has a six bay wide stepped and projecting pavilion with low arches and robust granite pilasters. The building once had a six-story tower for drying hose that was removed in the early-1950s. Private. 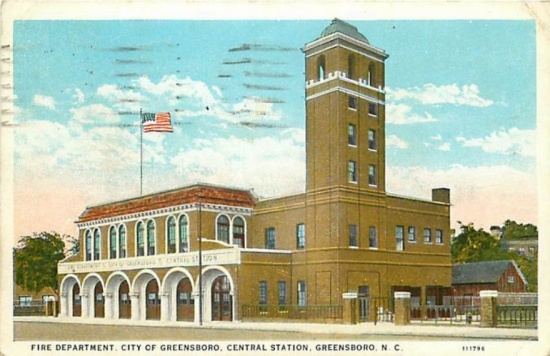