The Chapter House and an adjacent apartment building (406 Stewart Ave) were consumed by a fire that began at approximately 4:30am. The bottom floor of the Chapter House was an iconic pub and bar, famous for hosting performances from many national and local bands. It was the oldest bar in Collegetown, a fixture of the club scene, and a hub for Cornell students, alumni, professors. The building, constructed sometime before 1910, started as a single-story block house that contained several businesses, including a tailor, tobacco shop, pool hall, and a confection shop. Around 1927, the drinking establishment Jim’s Place took over the building, and later became known as The Chapter House at Jim’s Place during the 1960's. After a brief closure and stint as an ice cream parlor in the 1980's, the building reopened as The Chapter House. This iteration of The Chapter House operated as a pub and a brewery, until they stopped their own brewing in the 1990's. After the fire, the building was demolished in October 2015. The owners then rebuilt the Chapter House building, modelling the facade after pictures from the early 1900s—the vaunted roof, brick, and windows all mimicking the original facade.

Explore building records and maps for 400 Stewart Ave throughout the twentieth century on the HistoryForge Ithaca database: https://www.historyforge.net/buildings/2536 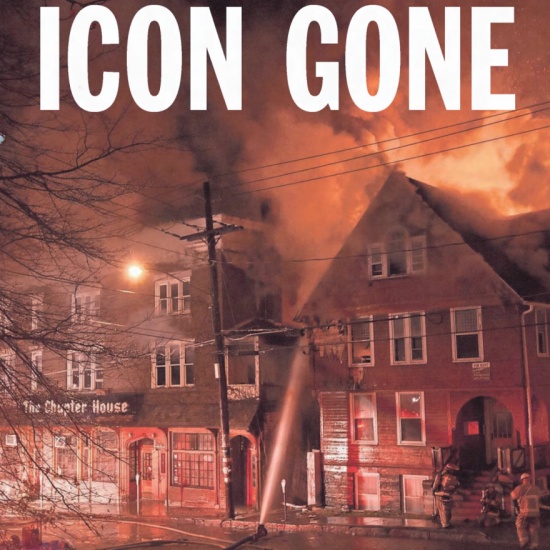 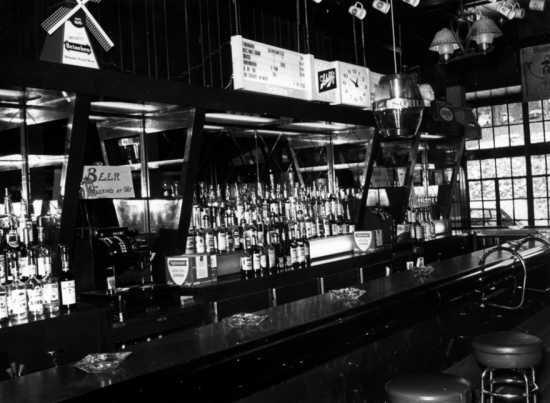 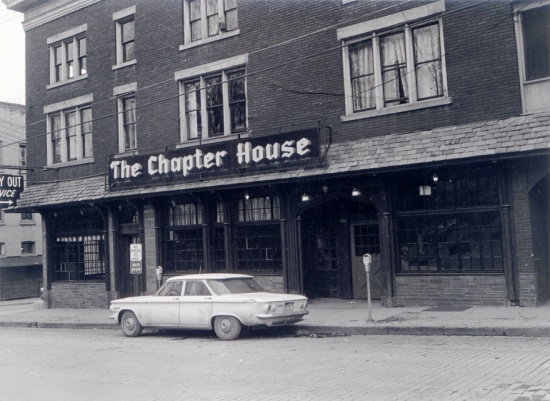