The mural currently at the corner of Chicon and 12th streets is the reincarnation of a previous work that was painted over last year.

The community pushed back over the original mural's removal, seeing it as an erasure of the culture and the people that existed in East Austin long before the white-owned businesses moved in. Six Square, an organization dedicated to preserving and re-animating that culture, worked with the wall's current owner to coordinate the repainting. In the interim, they met with community members and sought feebdback on the place of public art in the community.

Both pieces -- the original and the replacement -- were painted by artist Chris Rogers. 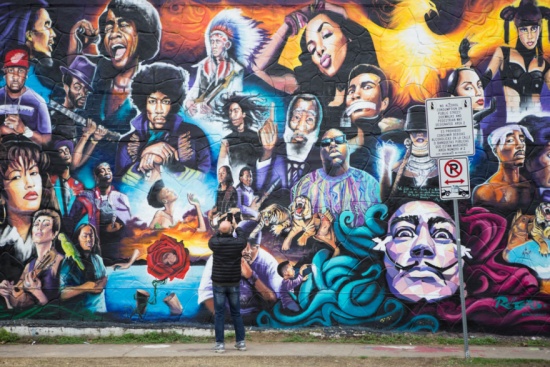