Founded by Lynne Cohen and Rich Szanyi in 1986, Cinemapolis began as a single-screen theater in the basement of Center Ithaca on the Commons. The first film screened was Akira Kurosawa's Ran. By 1988, Lynne and Rich had expanded to add a second screen in the basement location. In the Fall of 1990, they took over operations at Fall Creek Pictures, a repertory cinema originally opened by Tsvi Bokaer on North Tioga Street (currently home to the Botanist Coffee House). With this acquisition, they continued offering five total screens of independent film for the next decade.

In 2006, when the City of Ithaca began plans to locate a new cinema in the heart of downtown, Cinemapolis campaigned to be chosen to operate the new theater. Determined to build a modern movie theater with stadium seating and larger screens, the team worked closely with the city's developer to design a new facility. A capital campaign comprised of private donations and state grants raised more than $300,000 for equipment and furnishings, and hundreds of hours of community volunteer labor contributed to the finishing touches.

Opened in June 2009, the "new" Cinemapolis on Green Street is a fully accessible five-screen theater that serves as a hub for independent film and cultural activity in Ithaca’s vibrant downtown arts district. Thanks to the financial support of more than 1,000 member "Cinemapolitans," the theater hosts more than 120 film screenings every week. In 2012, facing the impending demise of 35mm projection for first-run independent film, the cinema once again successfully tapped into community support and launched a campaign to raise funds for digital conversion. Completed in the Fall of 2013, the conversion of all five auditoriums to digital projection and sound not only preserved the theater’s ability to screen first-run films, it opened up new opportunities to regularly integrate special events, film festivals, and locally produced projects. This flexibility has also resulted in an increased role for the theater as a site for community-oriented presentations and meetings.

Attracting more than 70,000 patrons annually, Cinemapolis is one of Central New York’s premiere art house cinemas and Ithaca's only downtown movie theater, presenting a year-round program of first-run independent, international, and locally produced films alongside special programming to engage and enrich the community. Their screens provide a regional attraction, as they frequently feature films that can’t be seen elsewhere within a 100-mile radius of Tompkins County. 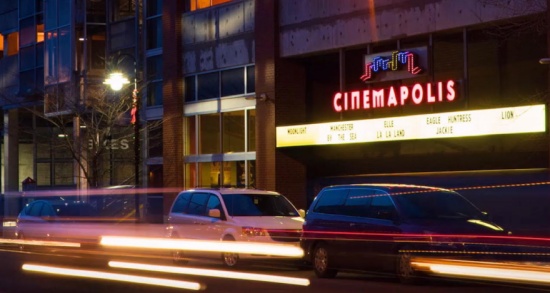