The first post office at White Cloud was established in July, 1855.

In 1857, the town site was purchased by John Utt and Enoch Spaulding, two land promoters from Oregon, Missouri, who then sold lots in the town. It was named after the Iowa tribal chief White Cloud, specifically White Cloud II (Francis "Frank" White Cloud). White Cloud prospered by taking advantage of steamboat traffic on the nearby Missouri River.

In 1913, ten-year-old Wilbur Chapman of White Cloud gained widespread publicity after raising and selling a pig for $25.00, which he donated to the American Mission to Lepers. An obelisk-shaped monument was installed in front of the Community Christian Church in White Cloud in Chapman's honor. Some scenes from the 1973 movie Paper Moon were filmed in White Cloud. White Cloud is featured in episode 4 of the 2008 television documentary Stephen Fry in America.

The entire downtown district of White Cloud is listed on the National Register of Historic Places, as are the Poulet House and the White Cloud School, now the Mah-hush-kah Museum (only open during one of the Flea Market days). For more information on White Cloud, check out: White Cloud, Kansas - Not Quite Ghostly. 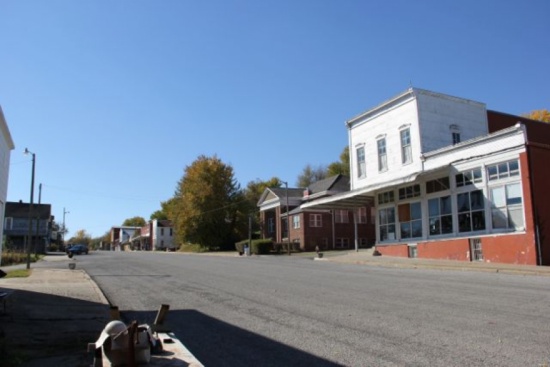