Even while the nation was engaged in World War I, Philadelphia decided to commemorate the Civil War. The city appropriated funds for a memorial, and artist Hermon Atkins MacNeil was selected for the commission. These two pylons, one depicting sailors, the other soldiers, were intended to stand as gates to the “Parkway Gardens.” They were moved to accommodate the construction of the Vine Street Expressway, but still mark the entry to Fairmount Park from the city. One of the inscriptions reads: “In giving freedom to the slave, we assure freedom to the free.”

Click here to listen to the Museum Without Walls™: AUDIO program for Civil War Soldiers and Sailors Memorial 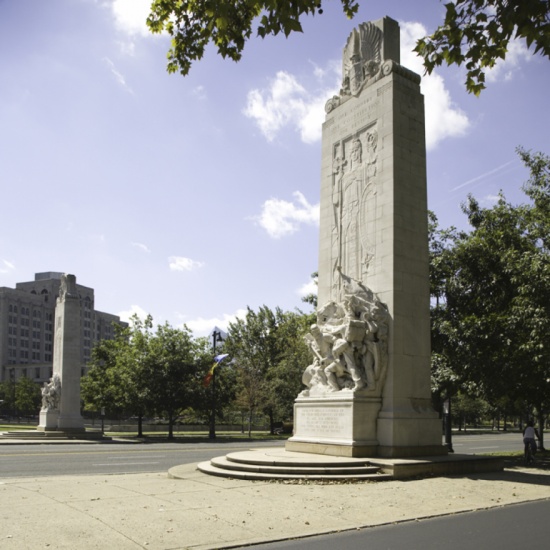