Close to My Heart - Sarah McNeil

Canvas Pontiac - Sponsored by the DIA and Main Street Pontiac

Close to My Heart - Sarah McNeil

Mr. Richard Dean Jameson, a young man who once dressed in a soldier's uniform for the Korean War, who also insisted on dressing up for every Memorial Day Parade. Paraders were handing out American flags asking, ‚Äúwould you like a flag?‚Äù Mr. Jameson didn‚Äôt say a word but reached out his hand to receive the flag. I remember I raised my camera as he raised his flag, pulling open the lapel of his suit, placing the flag in his shirt pocket, keeping it safe by his heart. I remember how happy he was even though the day was so hot. The whole town was there, families everywhere lining the sidewalks in their summer clothing. Mr. Jameson fainted in his suit, my friends and I finally convinced Mr. Jameson to take off his suit jacket and rest in the shade. We thought it might be best for Mr. Jameson to head home, but he stayed remembering, and honoring all the Veterans. To Mr. Richard Dean Jameson that small red, white, and blue cotton flag meant more than we will ever know, and I have him and so many others to be thankful for.

This point of interest is part of the tour: Canvas Pontiac - Sponsored by the DIA and Main Street Pontiac 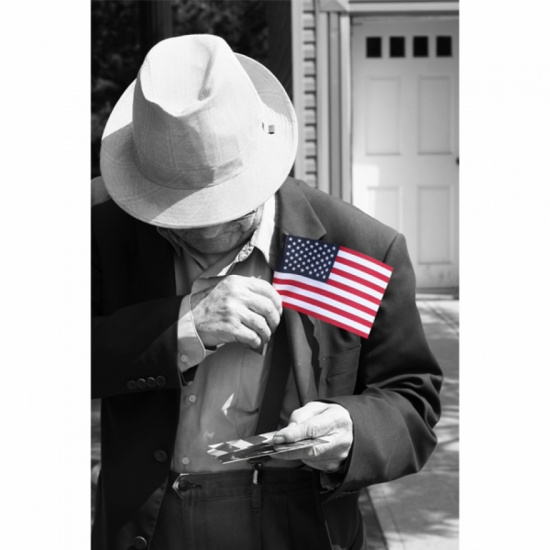