This 25' x 80' two-story Sioux quartzite structure was built in 1890. It features two short pyramidal quartzite capitals that sit on each side of the cornice with "18" on the east side and "90" on the west.

The post office was located here until 1898 and a candy store from 1914 to 1919. The Eagle Cafe was at this location for 70 years between 1919 and 1989. Three successive photography studios occupied the second floor from 1893 to 1955 with skylights added for more light. After 1955 the second floor was renovated into an apartment. 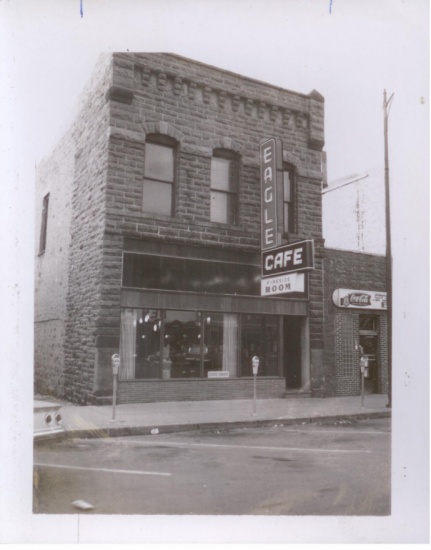