Cobbs Gardens were accessed through the archway. (See image above.) It was one of the best known 'courts' of tenement buildings in the town, comprising some ten or more small cottages, often housing large families. The 'gardens' were situated outside their front doors.

A photograph is included above taken around the 1920s from inside Cobbs Gardens, looking east towards the archway in the High Street. The houses were demolished in the 1960s and have since been replaced by the NHS Cobbs Garden Surgery.

To the left of the archway is Sandwich Land, a former bakery, which once belonged to Freddie Richardson and then Alf Harrison. The bakehouse at its rear could be accessed by walking through the archway and then immediately turning left.

On Sunday mornings in the 1930s and 1940s, when Freddie Richardson owned the bakery, housewives (who had neither gas nor electric cookers with which to cook their Sunday roasts and Yorkshire puddings), walked their assembled roasting tins covered with tea towels through the archway to the bakery oven. This baker took in some 50 to 70 roasting tins every Sunday morning which were collected from 12 o'clock onwards for a charge of about 1p. 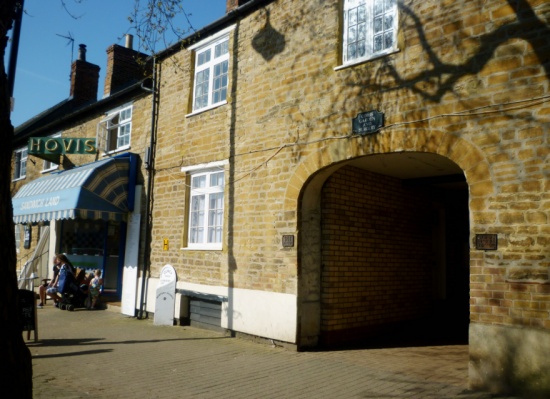 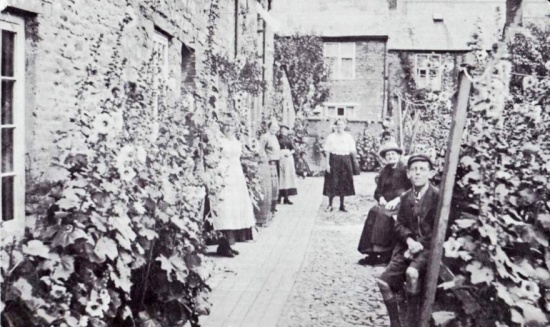