Wayzata’s first church was built in 1881 at the corner of Rice Street and Walker Avenue. It began with twelve charter members and was officially called the Congregational Church of Christ in Wayzata. The gray clapboard building was approximately thirty feet square with barely enough room for a pump organ, pulpit, and two stoves for heat. A bell was purchased from the Clinton Meenely Bell Company for $80 in 1882. The church was renovated and substantially expanded by renowned Minneapolis architect Harry Wild Jones in 1911, but burned down only five years later. The congregation immediately rebuilt the church using Jones’s exact specifications, however, and over the next one-hundred years it went on to serve two more congregations – first the Evangelical Free Church, and then the Unitarian Universalist Church. The church became the home of the Blue Water Theatre Company in 2017 and is now used as a performance space. 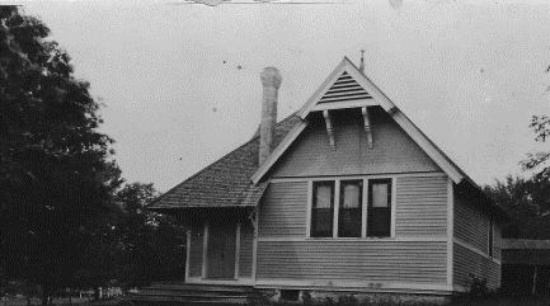