J.D. Rapp’s Meat Market had been on this site before the building was removed to make way for the Coppes Hotel. The Coppes Hotel opened in 1892 and it became Nappanee’s second hotel but its finest one. It was designed by H.F. Frazier. After Samuel Coppes sold his shares to Coppes Brothers to Daniel Zook in 1890. The construction of the Coppes Hotel soon followed.

Imagine a brick structure with handsome galvanized iron front, with large plate windows. It also had a tin roof. The hotel had 20 first class bedrooms. The bedrooms were for convenience and comfort for transient traffic exclusively. The rooms had bathrooms, and closets in them. They also had hot and cold water in each room.

The hotel was torn down in 1965 to make way for the First National Bank. Now present day KeyBank. 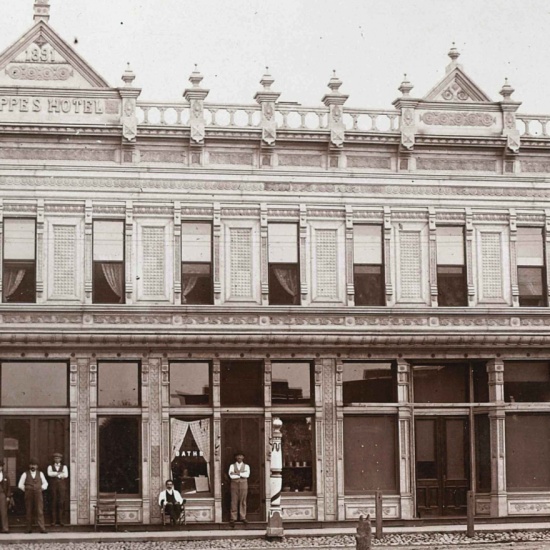