The site was on the east side of the old West Harbour which has now been filled in. This building replaced former small offices in Cathcart Street and West Quay. The Coat of Arms on the building depicts the Scottish unicorn and English lion (image 2).

The columned entrance at the eastern end was the entrance for the excise department (image 3). Its main entrance faced the river and features a Grecian portico with Doric columns.

Completed in 2017, a major refurbishment of the building saw it repurposed as premium office space. Its main door is now the entrance to The Greenock Burns Club Museum: details of opening times are available from their website.

Continue by turning to the left and walking forward to Pin 41: Beacon Arts Centre.

Customhouse
Photo By: © The Watt Institution 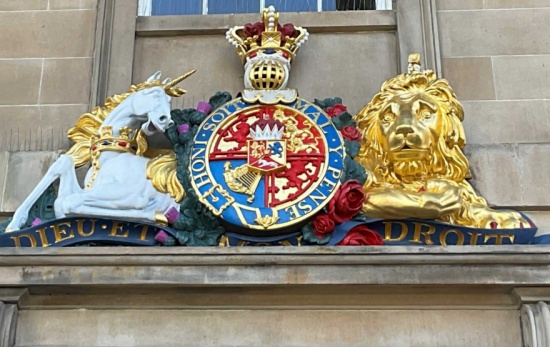 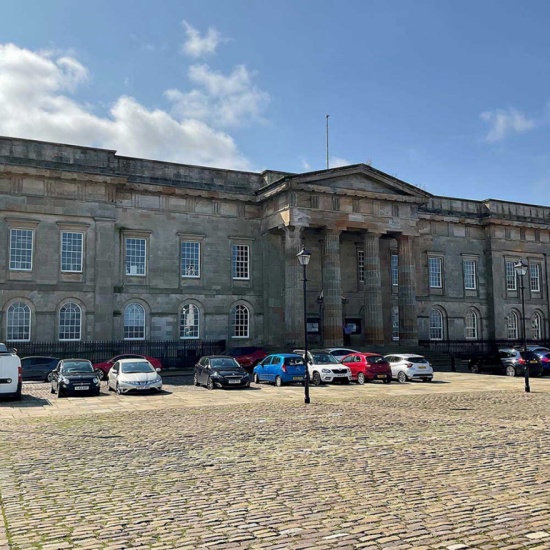