Created By: The Avenue Concept

Derailed by Connecticut-based artist Mike DeAngelo juxtaposes past with present and the temporal with the emotional/intellectual realms. In this work commissioned by US Rubber Lofts and Bradley Sullivan Properties, DeAngelo leaned into the locomotive theme in reading about US Rubber Lofts and American Locomotive Company. Mike's family came to America in the early 20th century, an era of industrial boom with its ups and downs, but nevertheless a seminal point in history that contributed to where America is today.

In the artist’s words: “Freight trains are an iconic symbols of almost every industry and transported people and goods. The trains and being held up by Sophrosyne or Temperance, a Greek symbol of discipline and morality. Behind her is Wisdom, depicted as an elderly woman. Sophrosyne is depicted as a strong woman, fitting for a manifestation of discipline, hoisting up a train car, while Wisdom supports from behind. I see the combination of old--the Classical Greek references--and new--the symbols of industry--as a visual interpretation of both the industrial history of Providence, and the moral backbone that helped that era grow. Morals like temperance and discipline that will continue to help us grow and move forward in the march towards progress of which we are all a part, and wisdom as playing a role in reflecting upon our past, when looking toward the future."

DeAngelo created the design for this mural while taking a painting course in Italy, during which he had the opportunity to see Caravaggio’s famous painting, Judith Slaying Holofernes. In an homage to the great painter and his own personal Italian heritage, Mike used the figures of Judith and her servant Abra, but ascribed them with new identities--Judith becomes Temperance and Abra becomes Wisdom.

Note the use of light in the mural. Where does it come from and how does the artist use it to express mood?

Are there elements in the mural that may be hidden or less obvious?

How do the figures on the right (Temperance and Wisdom) engage with the locomotive? What do you think this signals to the viewer?

This point of interest is part of the tour: The Avenue Concept South Side + West End Tour 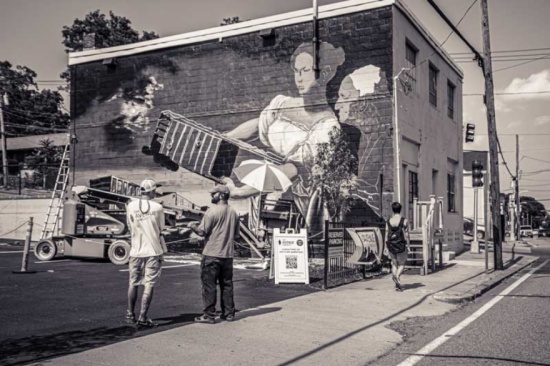 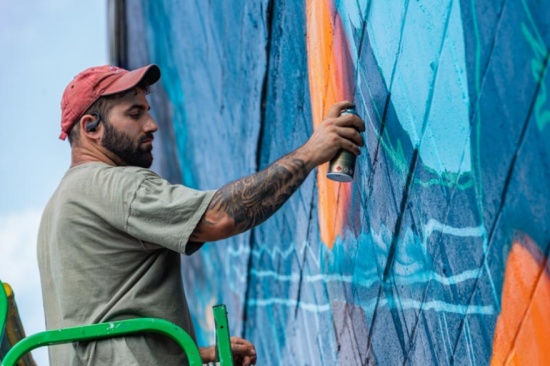 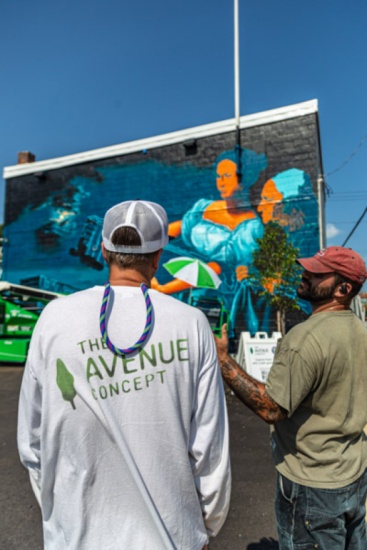 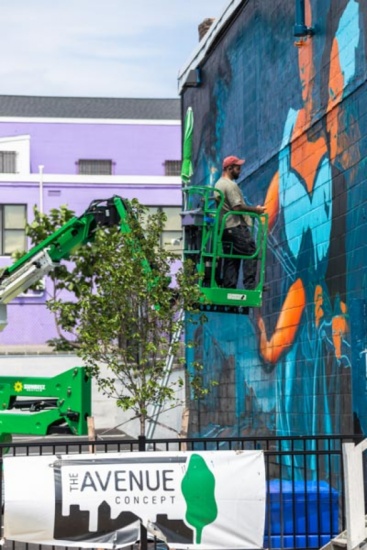 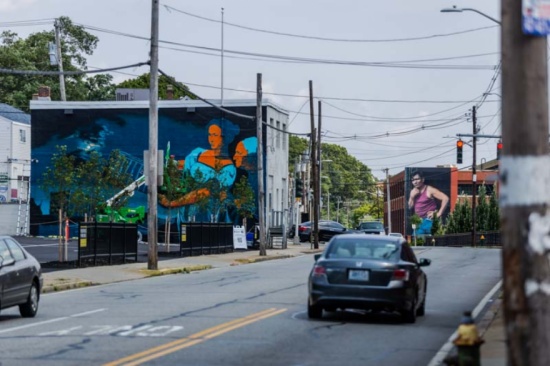