Not much is known about the free Black community in Jamaica directly following emancipation, but we do know that Troy and Catherine Rantous and their sons, Wilson & Troy were part of it. Wilson Rantous is said to have been born on a local farm around Jamaica in 1807, but it is unclear if his parents were still in bondage, freed, or reclassified as indentured servants under the 1799 Act when he was born. Regardless of his parents' status, Wilson himself was born free, and was immersed in a rural society that was slowly transitioning away from the institution of human bondage. It’s hard to pinpoint exactly what experiences Rantous had as a child. If his parents were still enslaved, he would have remained a servant to his mother's “proprietor” until the age of 28. Alternatively, he may have spent the earlier portion of his life in an apprenticeship earning a modest amount income and gaining some form of education. The second option seems more plausible, as under state law Wilson would not have ended his time in indentured servitude until 1835, but we know he was able to aquire his own property long before then.

Wilson passed away in 1861, leaving behind his wife Jane Rantous and his son Wilson Rantous Jr. He was buried in Flushing on his brother Troy’s estate, and his grave was rediscovered in 2014.

The location of this point on our tour is the western corner of that property, purchased in 1827 by 20 year old Wilson Rantous.

The precise area of the Green is speculated to have developed in the eastern part of the village along the full length of Douglas Street, which is today Douglas Avenue. No detailed maps for Jamaica Village exist before 1842, so not much is known about the development of the area. But the 1842 Map of the Village (see image) by Martin G. Johnson reveals that Rantous (spelled 'Ranters' in this case and many others) owned multiple plots of land on Douglas and the street below it (now Liberty Ave). By 1842, multiple structures -- homes and businesses -- are illustrated to be along South Street on many of Rantous’ properties.

Not much to see now - what happened?

Today, you can see that the area which used to be Wilson Rantous' Douglaston is now an industrial area. As the once rural Jamaica Village expanded into a neighborhood of a NYC Borough, Douglaston was swallowed up into the city. The homes, businesses, and community spaces it once held no longer exist, but the vibrant community itself remains. Black-led activism and community organization is alive and well in Jamaica, from the South Queens Women's March to the BLAQUE Resource Network to the local NAACP chapter.

Why did Wilson purchase so much land? When Rantous purchased the land might provide an answer.

1827 was the same year slavery officially ended in New York. Rantous’ personal financial records show that he received payment from multiple renters and that he paid contracters to build homes on his property (see images), so it is possible his purchase was in the conscious effort to establish the foundations of a community for newly freed people of color. Later, Wilson was directly involved in community building efforts such as schools, newspapers, and voting rights movements for the Black community. Douglaston became the center of this effort.

Keep walking to 160th St. to explore the sites of Rantous' activism at work. 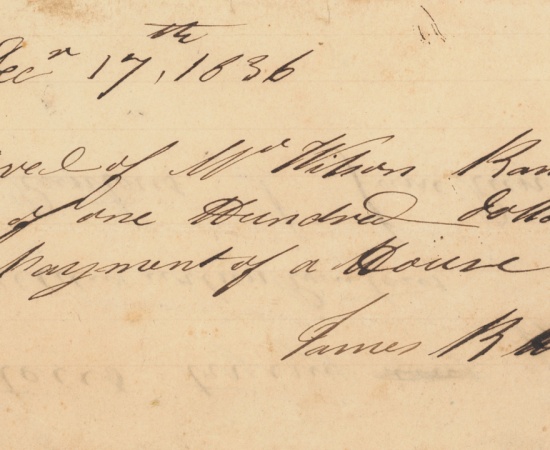 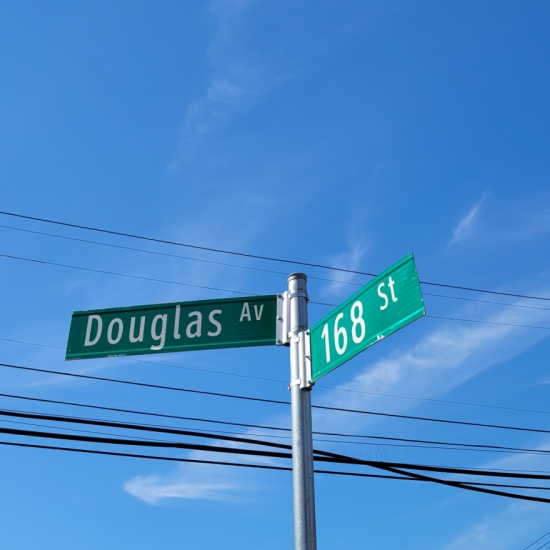