On March 20th, 2000, the Downey Honey Butter Plant was leveled by a fire with an unknown cause. "The Old Honey Butter factory" was housed in a wooden building constructed in 1875. Originally, the building was Lyceum Hall, a community gathering place and entertainment center. Lyceum Hall was unique in being among the first regional theaters to have staggered seating (seats on different height levels). As early as the 1880's, Lyceum Hall hosted New Year’s Eve parties with the Freeville Brass Band, and gained popularity as a dance hall and roller skating rink. Through the 1920's and 1930's, the theater featured dances, plays, lectures and hosted many performances. Many Tompkins County based groups were featured, including plays put on by the Cornell Dramatic Club, concerts by Ithaca Conservatory musical groups, and shows from the Ithaca Savage Club.

In 1969, Lyceum Hall became the Downey Honey Butter Factory, owned by C. W. Sadd. The recipe for honey butter was based on the discoveries of Elton J. Dyce, a graduate student at Cornell. His work and thesis explored the controlled crystallization of honey in the 1930's. Dyce later patented the process, and Cornell University claimed the royalty rights. Some of the profits from the patent funded the Dyce Laboratory at Cornell for honeybee research. In the late 1940's, J. J. Downey leased the patent from Cornell and rented factory space in Groton to start his honey butter business, eventually moving the factory to Collegetown in the 1950's. C. W. Sadd bought Downey’s business in 1955 and rehomed the factory in Lyceum Hall in 1969. The Downey Honey Butter Plant stayed in Freeville for ten years, until it was relocated to Pennsylvania in 1979. The building subsequnetly housed several other businesses since the 1970's, including local sandwich shop Draper Egg, a tie-dye T-shirt factory, and the furniture refinishing business of GSW Vincent and Co. 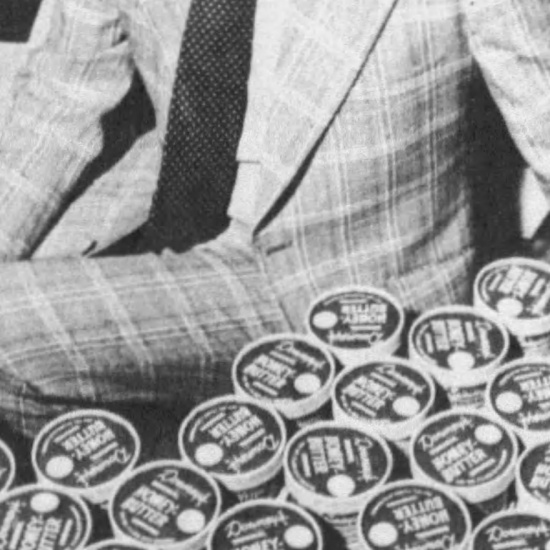 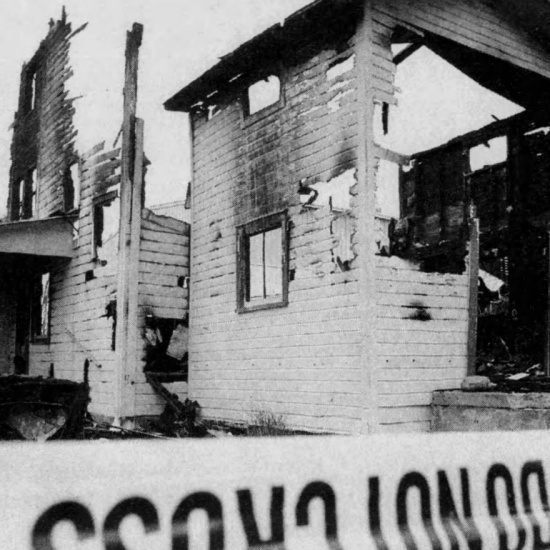