The downtown Boone Post Office was dedicated on April 10, 1940, with a crowd of more than 3,000 people. This was originally the site of JD “Crack” Councill’s house, whose ancestors operated the first post office in Boone, beginning in 1828. Construction of the Post Office was completed in 1939 through the Works Progress Administration and was designed by Louis A. Simon. Its colonial revival style and prominent position downtown have helped make it a part of the fabric of downtown Boone. The interior features original mailboxes, windows, brass ceiling fixtures, and a mural of Daniel Boone, painted by Alan Tompkins of Stamford, CT. The Town of Boone purchased the historic building in 2008 and renovated the lower level to provide offices for the town’s planning and development offices. It was listed on the National Register of Historic Places in 1996, restored in 2012, and received local landmark status from the town in 2016.

Daniel Boone Mural: Inside the Post Office one can view Alan Tompkins’s “Daniel Boone on a Hunting Trip in Watauga County.” This mural is actually the second one completed by Alan Tompkins for the Boone Post Office. The first, which showed tobacco growers in a lowland field, prompted the Watauga Democrat to opine, “As far as the artistic imagination goes, the thing stinks.” In response to local input, Tompkins completed the second mural prior to the dedication of the Post Office on April 10, 1940. Alan Tompkins was a graduate of Yale University’s Art School in 1933 and was selected as a muralist by the WPA (Works Progress Administration) to paint this and many other post offices during this period. The mural was refurbished by the Town as part of the 2012 restoration. 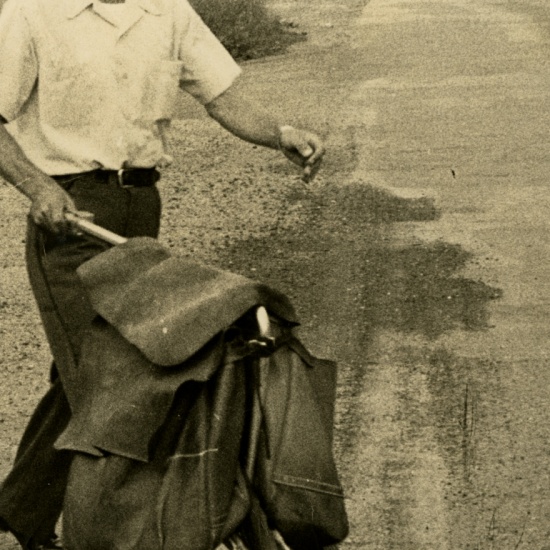 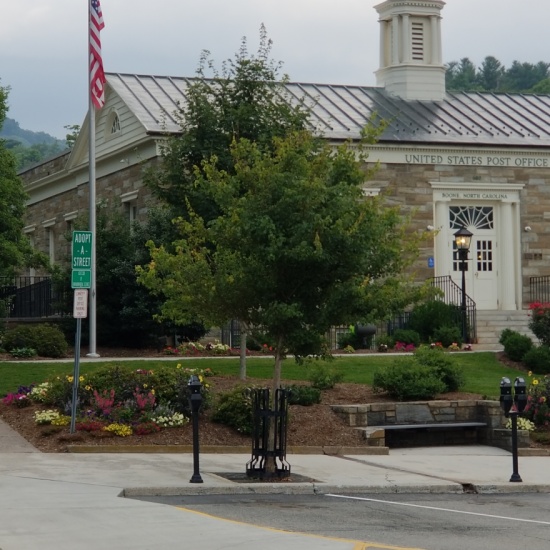 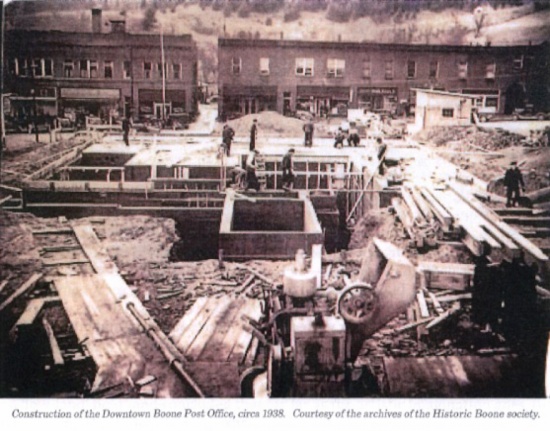 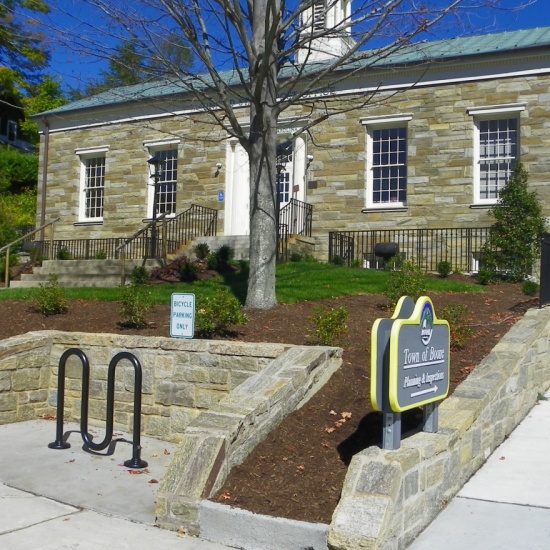