The Hotel Dumas today has been restored as the Dumas Center. It houses offices and an auditorium.

The 1917 building is one of the few that has survived on Henry Street. It was originally constructed as the Hotel Hampton by the Central Manufacturing Company. It originally consisted of 26 guest rooms and housed a cleaning and pressing service, snack bar, ice cream parlor, dining room, two pool rooms, and a second floor ballroom. Hotel Dumas was operated by the Barlow Family from 1933-1976. The Hotel provided lodging for black travelers and entertainers during the Jim Crow days of seregation. It was also a social gathering place for the local Black community. 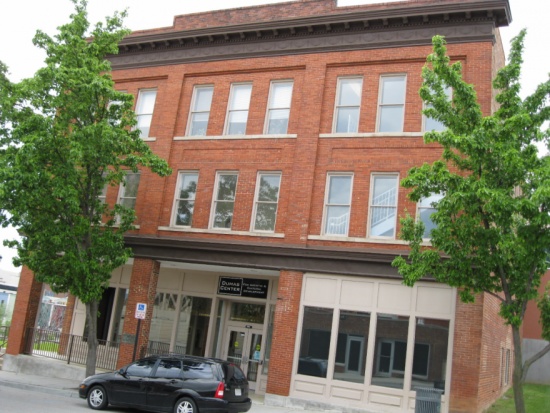