Dupuis Hollow was the location of a trading post belonging to Frank Dupuis, an early French-Indian horse trader. Frank and Jesse James are said to have traded horses here in the 1860s. Up on the hilltops, prehistoric Indian tribes buried their dead in graves. During the Allotment Period (1887), Betsy Story selected the hollow as her land, and Dupuis Hollow passed through her heirs' hands through World War II, with a homestead, cabin and springs located here. The springs were noted as cold and sweet even in summer, some of the best water one could drink.

In the 1950s, others moved in and eventually the springs were excavated and dammed up as a fishing pond, and it became known as "Pauline's Pond," after the last private landowner, Pauline Murphy Fee. Many trees were logged, mostly hickory for the BBQ trade in Kansas City, and this affected the land further. The lowering water table, increasing drought and deforestation, and silt from land disturbance and erosion further up the hollow, resulted in the pond being silted in. Still, Dupuis Hollow is one of the last remaining tracts in tribal hands which has a wild feeling to it.

Some hope that the tribe could re-establish the pond, and stock it for fishing, while others would like to develop it as a full RV park, and still others would prefer to restore it to a natural state and use it for primitive camping and traditional culture. All have their own ideas for what the future should be for Dupuis Hollow. 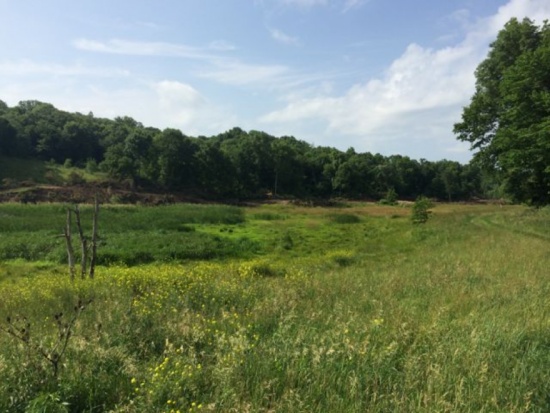