One of the oldest streets in Kennett Square, it has been a racially diverse community for more than 150 years. You can see bronze date plaques on the exterior of homes as part of the Historic East Linden Street Project, 2013.

On the left shortly after turning onto E. Linden Street. The Brosius pottery factory, was on the southeast corner of N. Broad and E. Linden. It employed a diverse population, who lived in homes built by the Brosius and Pennock families on East Linden.

Brosius assisted escaping slaves by hiding them in false-bottomed wagons, the practice of which is very well documented. The story that children were hidden in large pottery containers, transporting them to UGRR stations further north is not well documented. It is a great example of the type of work KURC does, tracking down the facts in stories.

On the left are two churches standing side-by-side. The Bethel African Methodist Episcopal (AME) was founded in 1894. The New Garden Memorial Union American Methodist Episcopal (UAME) was originally established in 1825 by a group of African Americans living in New Garden Township in a community called Bucktoe. This church was burned down and in 1904 a new church building was built and in use by 1911. Stone from the original Bucktoe Church foundation was used to build the new church foundation.

Joseph Carter (1829-1913) residence. 325 E. Linden Street. He was an freedom-seeker from Virginia who came to live in Kennett Square, served in the Civil War and returned to East Linden. He helped found the Bethel AME Church and owned mushroom houses.

The passenger should read the next section aloud as driver proceeds. 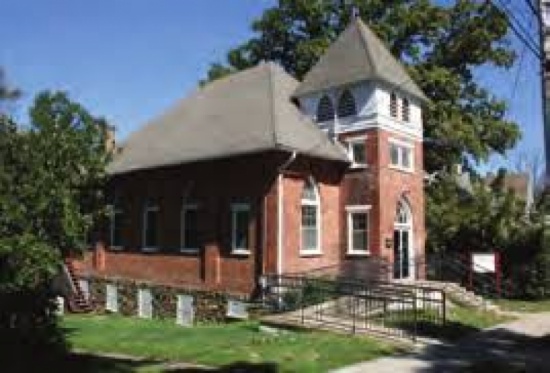 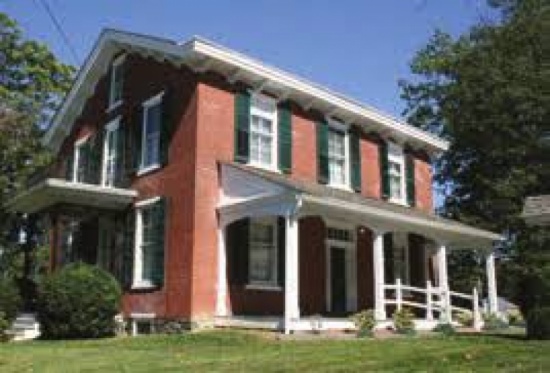