This imposing building was built in 1898 for A.D. Ferris on lots where three frame buildings were removed. It was to be 32' x 90', three stories high and constructed of Sioux quartzite. Its architectural style was influenced by Richardsonian Romanesque, with a geometric cornice. The original plan for the building's second floor was use as the Ferris Grand Opera Hall. It opened as such in 1899 with a seating capacity of 800. The local Masons purchased the building in 1916 and remodeled the second and partial third floor to their own use. At that time, the "Ferris Grand" tablet was removed and replaced with a tablet reading "AF and AM," (Ancient Free and Accepted Masons)

The street level originally housed two storefronts. The S&L Department Store (which occupied the space for over 60 years) remodeled the front facade in 1958 with large maroon tiles.

In 1993 the Pipestone Performing Arts Center opened in the street level space after extensive remodeling. In 2013 the local Masons gifted the building to the Pipestone County Historical Society. Space on the second floor is now exhibit space seen in a general Museum tour. The Masonic Hall has been preserved and is available to view by appointment. 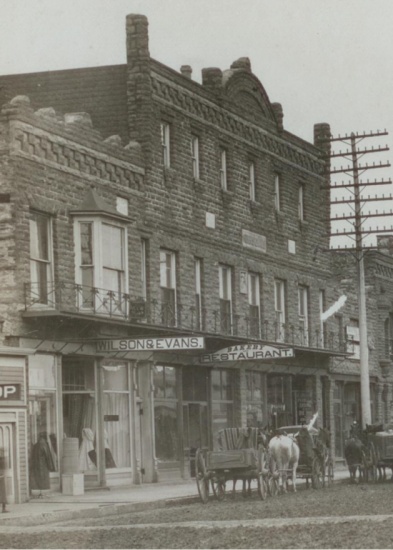