The present Fire Station (image 1) is built on the site of the former St Lawrence's Chapel (image 2), the first religious building in Scotland to use electric power. The church was destroyed on 7th May 1941 during the Greenock Blitz. A new church was built in a different location and opened in 1954

Before moving into this building in the 1960s, the fire station was housed in the Municipal Buildings.

Continue by walking along Rue End Street which then becomes Dalrymple Street to Pin 47: Police Station. 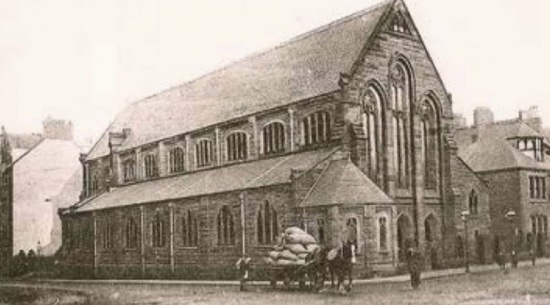 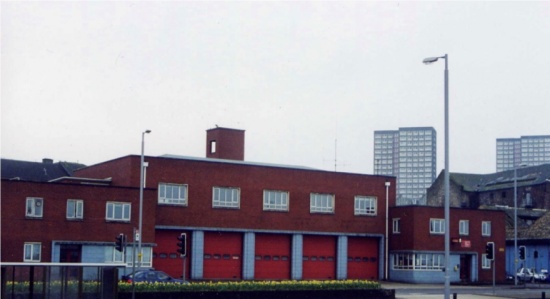