On a summers day in 1907, the new boilers on the steamboat Frontenac exploded and the boat went up in flames. Wind and rough waves prevented the Frontenac from stopping at Aurora, and the ship sunk into Cayuga Lake south of Farley’s Point around 1-1:30 pm. The passengers that day were primarily women and children. When the boat burned, the men on board escaped, but eight people, all women and children, died in the accident. Some of the women on board and a few male bystanders made heroic efforts to save the passengers. Subsequent media coverage lambasted the the men aboard for failing to risk their lives to save the others.

The burning of the Frontenac “...signalled the end of the steamboat era on Cayuga Lake”, though steamboats were already on the decline, with only six ships left at the time of the fire. Afterwards, Brown Transportation Co. announced plans to build a new steamer but never constructed it. The railroad and automobile eventually took over as the main forms of local transportation. Meanwhile, the Frontenac was submerged in the lake, and parts of the wreck remained there until WWII, when demand for scrap iron led locals to raid the shipwreck. 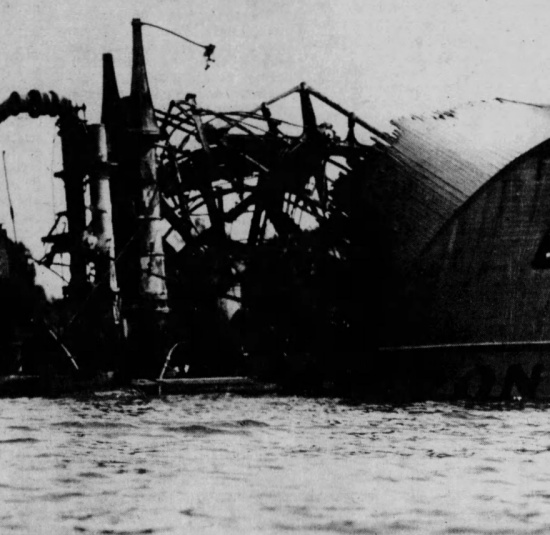 Fire on the Frontenac
Photo By: 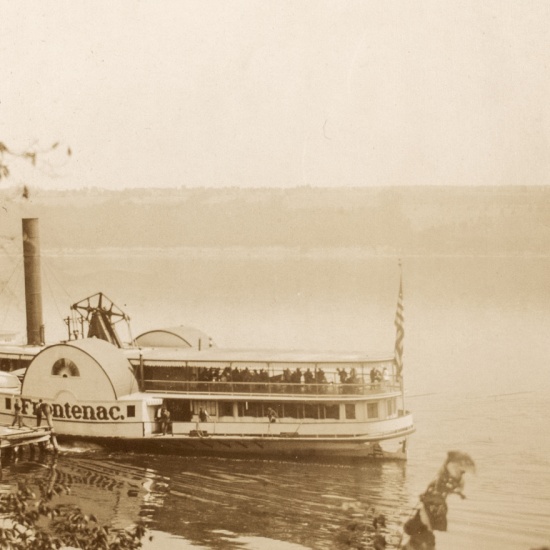 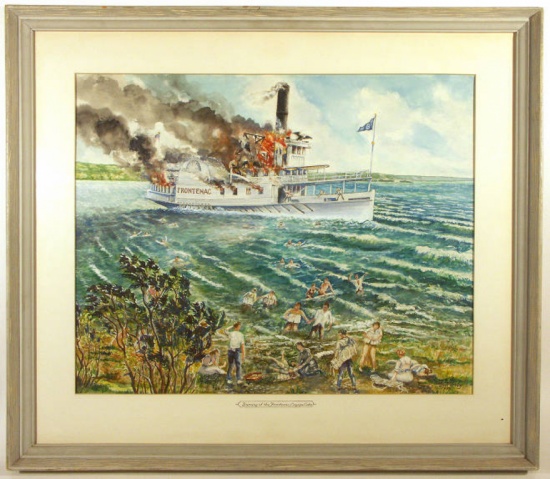