Walking along this street, you will see houses of early Gainsboro constructed in the late 19th and at the turn of the 20th Century. This neighborhood is part of the Gainsboro National Register Historic District. Urban Redevelopment projects in the 1950s and1960s demolished much of the orginial neighborhood (especially to the Northeast across the I581 and Williamson Road). This block of Gilmer is all that remains of early Northeast Roanoke which included the original Town of Gainesborough, chartered in 1835.

The first block of Gilmer Avenue is the best example of housing development by the Roanoke Land and Improvement Company, a subsidiary of Norfolk & Western Railway, The company purchased property for housing to accomodate the massive numbers of employees of the railroad locating to Roanoke. Houses date to the late 1880s and 1890s. Notice the simple architecture with front and side gable roof patterns and board detailing in the gable ends. House components were brought in by rail car for construction on site. 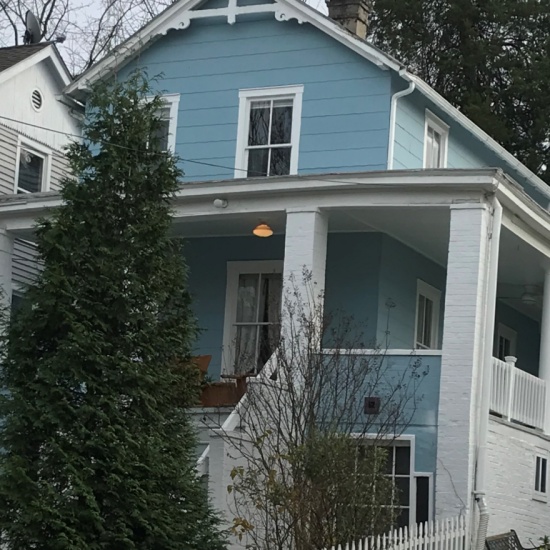 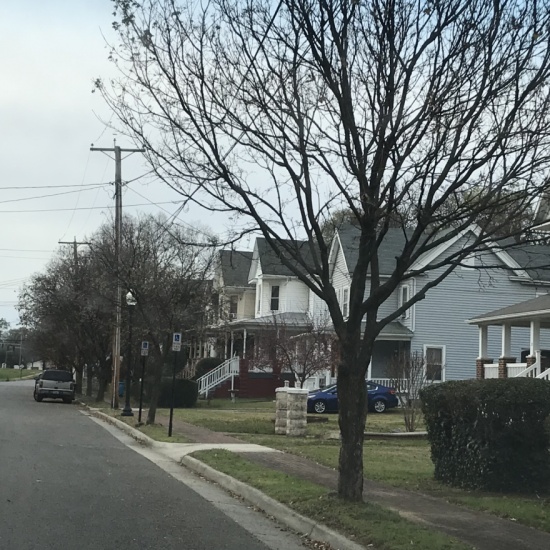