P.J. Lindhoff was the architect for this massive, neoclassical Greek Revival style building. Built for First National Bank, it was completed in 1916. The use of the buff-colored Bedford limestone in the construction and the name "First National Bank" carved just over the large stone columns make this a very impressive building.

The original large east windows have been covered, and in 1963 the exterior stairway to the basement was enclosed. A&S Drugs purchased the building in 1973 after the bank vacated it for their current building. The second floor has generally been used for professional offices, including the municipal courtroom from the 1960s to the 1980s, and the basement held a barbershop until 1980. 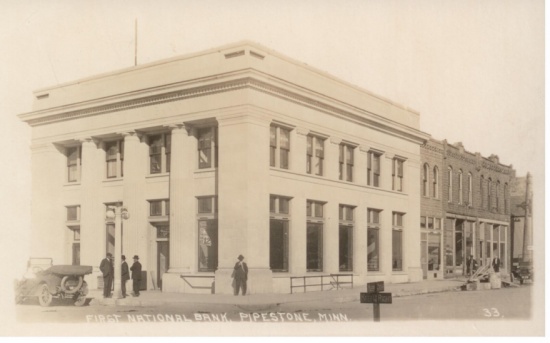