Northville's Presbyterian Church was founded in 1829 on land donated by Daniel Cady. The first wooden structure was erected in 1831. In 1838 there was a theological split in the Detroit Presbytery between the old-school conservatives and the new-school liberals. As a result the new-school liberals constructed a church “new school church” of their own in 1845 which is now in Mill Race (1972). The present building dedicated in 1846 and improvements made in 1875 dates from the 1870's. It has undergone extensive renovation throughout the years. The church house was built in 1929, with a fellowship hall added a few years later. The organ was donated by Andrew Carnegie and installed in 1922 the new sanctuary was built in 1970. The congregation is Northville's oldest religious assembly. 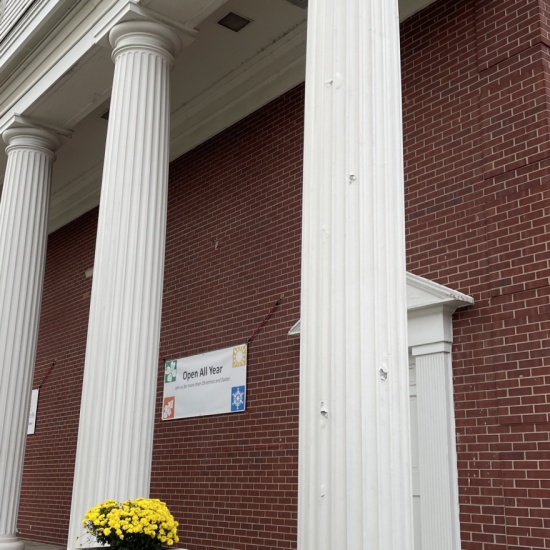