Mary Foote was the daughter of Janet McQuat, who platted Lockerbie Street. Mary built the original house in 1855 and sold it a year later to Martin Igoe. The porch, the gable on the façade and the trim at the eaves are a Victorian addition. The original house was Greek Revival and was oriented to face East Street. During the 1970s- 1980s Mary Tarzian owned the house and was reported to have wanted it to be the mayor’s formal residence but that never came to be. It was restored exquisitely in the 1990s and is the favorite locate for neighborhood event. 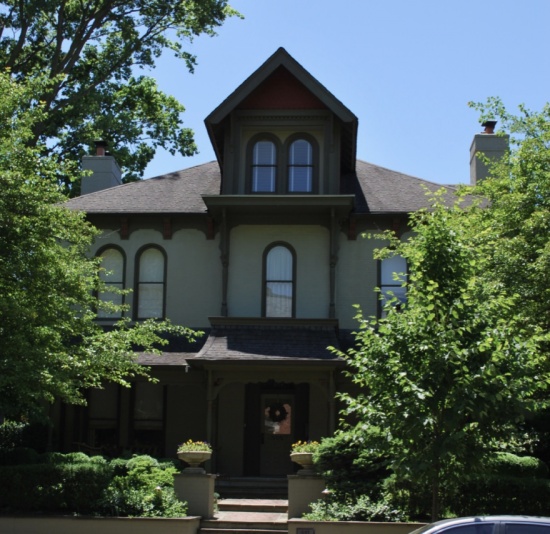