The tour starts here at the Sverdrup Gate, also known as the "Main Gate" on Missouri Ave.

In 1940 the War Department decided to establish a major training area in the Seventh Corps area. This command comprised most of the states in the central plains. Originally located near Leon, Iowa, the site for the new training center was moved to south central Missouri. In the first days of December 1940, military and state officials broke ground for what was known as the Seventh Corps Area Training Center. In early January, the name was changed to Fort Leonard Wood 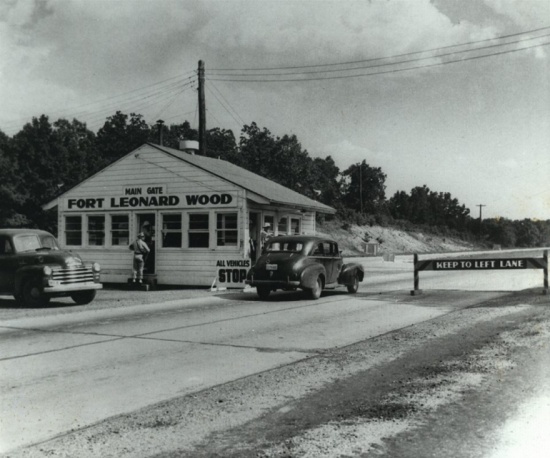