The Fountain House was one of Slaterville Springs’ three popular hotels in the late nineteenth and early twentieth centuries that advertised the healing powers of the nearby mineral springs. It was regarded as a destination for the regions most elite and wealthy visitors. Slaterville Springs offered clients the opportunity to show off their horses and wardrobes to their peers, while relaxing in the peaceful beauty of the town. Stays were built around drinking and bathing in the spring’s waters to cure ailments and stress. Fountain House was built in 1872 by the Hornbrook brothers, and went through several owners until, on November 19th, 1916, the hotel went up in flames. Reports disagree on the cause of the fire. Some say it was an explosion of a gas lamp, and others blamed a group of children lighting fire to a pile of leaves. Regardless of the cause, the fire was incredibly destructive and the building unsalvageable.

In addition to having curative powers, the spring waters also had the bizarre property of permanently coloring glassware a unique, iridescent amber color. This artistic fluke was discovered by accident by the Middaugh family, whose farm had one of these mysterious springs. They discovered that placing glassware in a stream of running mineral water would cause the glass to change color. The change would be lighter or darker depending on the season, and how long the glass was submerged. The Middaugh family made a business of ambering glasswares, and sold their products to tourists visiting the Fountain House and other spas. Smaller quantities sold in Rothschild’s Department Store, and other local markets. Years later Clarence and Janet Stephens, out of their house built on the site of the former Fountain House, started their own business making and selling water ambered glass out of the building site of the former Fountain House. 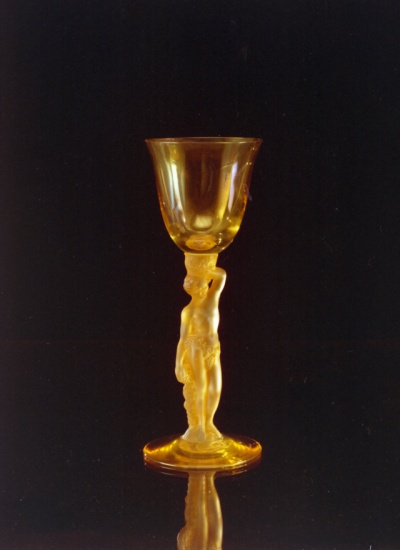 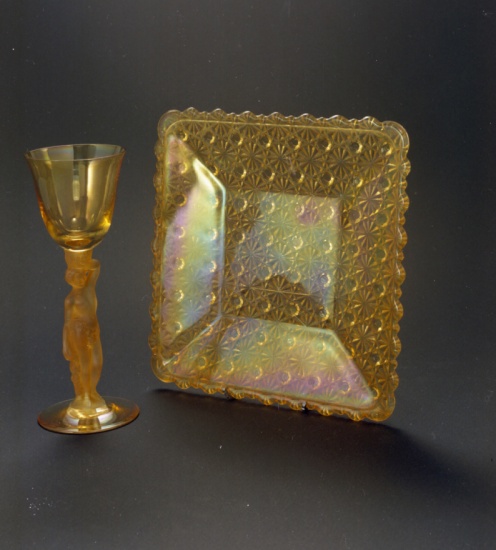 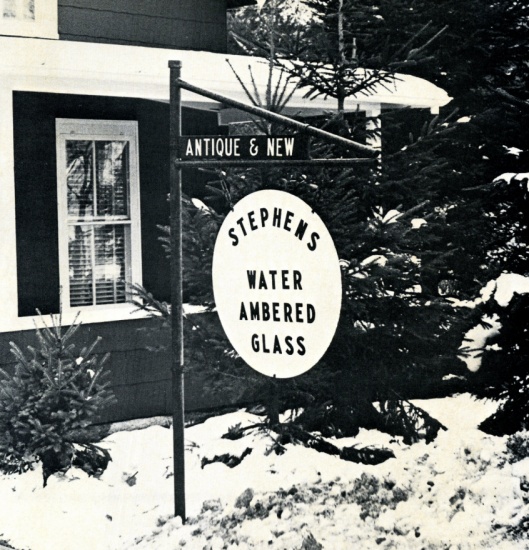 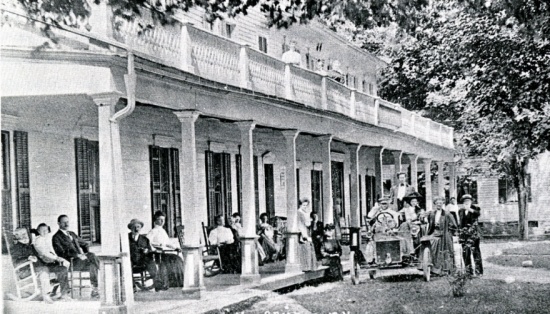