Benjamin Franklin, one of America’s Founding Fathers, was a very accomplished author, diplomat, inventor, philanthropist, political pundit, printer, statesman and scientist during his 84-year life. Franklin’s house once stood in Franklin Court, however it was razed in 1812. Today, the Robert Venturi-designed “Ghost House” stands depicting the frame of Franklin’s home. Below Franklin Court is the newly redesigned Benjamin Franklin Museum. B. Free Franklin Post Office & Museum is the only Colonial-themed post office operated by the United States Postal Service. It is a living portrayal of a bygone Colonial lifestyle, and it is the only active post office in the United States that does not fly the American flag (because there was not yet one in 1775 when Benjamin Franklin was appointed Postmaster General). The postmark “B. Free Franklin” is still used to cancel stamps. The museum on the second floor features displays of postal history and memorabilia. 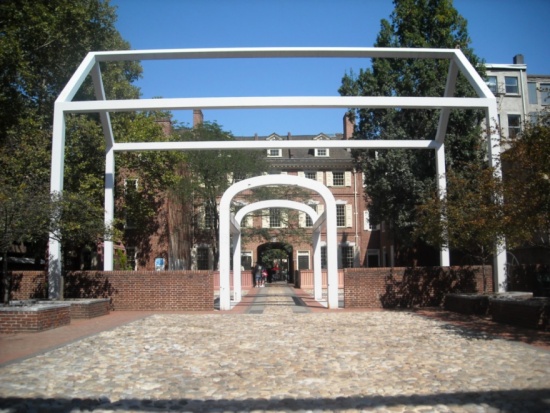