Flowers and leaves, simplified and flattened to create two-dimensional ornament, were among the most common motifs of Art Deco design. Similar patterns could be applied to objects as different as a bowl sold by the French department store Le Bon Marché and an architectural frieze on the Franklin Hotel. Like many Deco buildings, the Franklin also looks back to historical forms, from the arched windows on the ground floor to the Classical references of the entrance portico.

This point of interest is part of the tour: Miami Beach Deco Walk 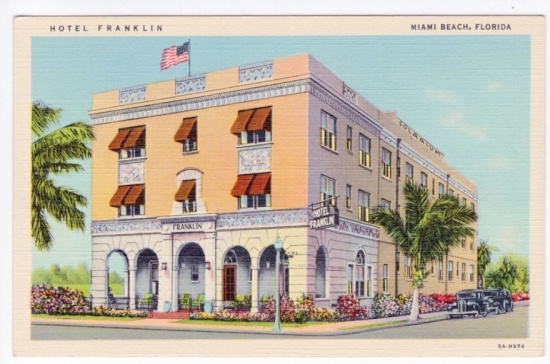 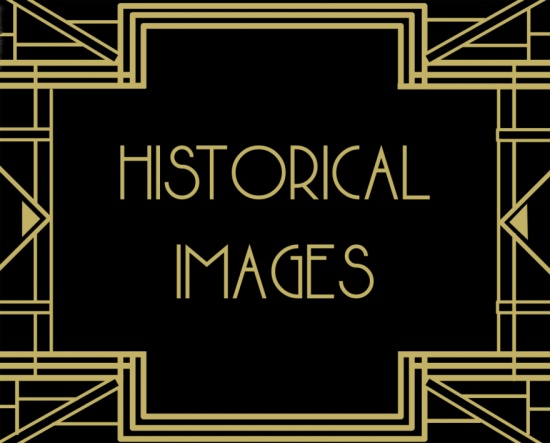 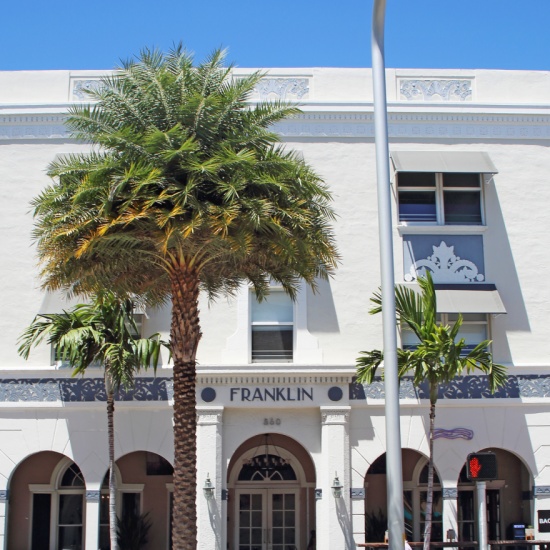 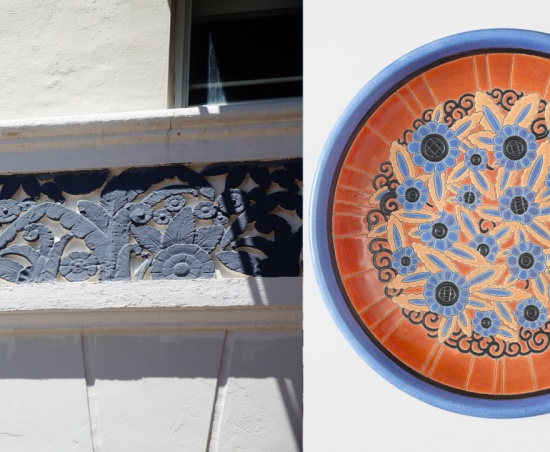