As in any city, ‘downtown’ Baton Rouge is the commercial center of the city, and has been the central hub for the city’s life for the past 200 years. It has been shown how African American lives have been shaped by slavery in the Baton Rouge area, however there is a lot of evidence that exists that highlight cases where ‘Free People of Color’ (FPOC) lived and worked in the city, forming a key part of business and life in the history here. Lives of enslaved people are often undocumented, and there is a great effort to uncover their stories, but FPOC also suffer from little modern-day attention – despite their lives appearing in historical records. Here on Third Street, and on the parallel Lafayette Street, there lived a number of free black men and women, all who helped shape Baton Rouge life at some point. Here are their stories.

Julia Mather was a famous cook and confectioner in the city, living in Baton Rouge since her birth in around 1901. Notably, she provided ice cream and cake in the summer, serving it to those who bought it in the hot Louisiana sun. While her name doesn’t appear in any emancipation records, Julia bought a brick house and lot on Third Street from the estate of David C. Hatch in 1837, indicating that she was either born free or was emancipated while she was still young. Despite a granted position by Hatch’s estate to seize the property from her, Julia remained in the brick house for a number of years, until at least the 1880s. An 1860 census showed Julia to actually own one slave herself, revealed to be an older lady, affectionately named ‘Aunt Sally’ who would peddle Julia’s goods to their customers in the surrounding neighborhood. Julia was clearly well-respected in society, as she served the Baton Rouge Gazette and the Daily Advocate newspaper offices daily, the latter located nearby on the Southeast corner of Florida and Lafayette Streets. Food was also provided for the legislature during their sessions, choosing to enlist Julia’s services rather than eat at the Harney House Hotel, on the Northwest corner of Lafayette and Main Streets. While the only description of Julia’s residence being that of a brick house on the river side of Third Street, between North Boulevard and now Spanish Town Road, the proximity of her two most prominent customers suggests that this point is a logical place that the old brick house and lot may have stood.

The Harney House was built in the 1840s to accommodate the legislators from the nearby House of Legislators, a government building of central importance in Baton Rouge. Here was where Mr. Louis Francois canvassed to become the Treasurer, Collector and Assessor of East Baton Rouge Parish. First listed in an 1860 as Louis “Franswa”, Louis gained notoriety for his ownership of ‘Noon Laguier’, a grocery shop in a corner lot on Lafayette Street. He was also formerly an ice cream vendor as well and became popular due to his role in society. Using his sharp wit, Louis submitted himself to the ‘Bones and Banjo Convention’, where he was elected to be on the Republican ticket, beating out Victor Lange and George Ragan – a white man, demonstrating the positive influence Louis had on voters. Pitted against Democrat Mr. Granary, a total of 901 votes were cast, with Louis losing 385 – 516, naming Mr. Granary as Baton Rouge Treasurer, Collector and Assessor. Despite not winning the ticket, gaining a substantial number of votes in 1871 – at the height of a difficult Reconstruction Era – is impressive, and demonstrates the presence that Louis had in Baton Rouge at the time. Again, there is no specific location for listed for the address of Louis Francois, however a corner lot of Lafayette Street is certainly a small scope and was likely in the run of shops known as the Harney Row, along from the Harney House on Main Street.

Alphonse Arbour was another free man of color who lived and worked in this area of downtown. After being emancipated himself, and emancipating his brother in 1847, Alphonse started a family with Eliza Hendricks, having two children: Fanny and Mary. Alphonse opened a cigar shop on the corner of Third and North Boulevard Streets, opposite the State Capital and city market, where he sold the “very best” Havana’s to the population of Baton Rouge. A coffee stand was also opened outside of his shop, where he served people tea, coffee, and hot chocolate at all hours. The nature of these businesses demonstrate a certain level of respect for Alphonse, as he is serving more luxurious goods to the people of Baton Rouge, and therefore has closer access to the elite. Using the money from his successful business, Alphonse began emancipating his mother, Mary. When the Union Army took control of the city in 1863, Alphonse joined a number of prominent free men of color in the city in signing a petition to the Provost Marshall, to protest their harsh treatment of people of color. Whether this achieved anything is unclear, and unfortunately Alphonse was drafted into the 2nd Louisiana Volunteers in 1865, fighting for the remainder of the war. At the war’s conclusion, Alphonse returned home to Baton Rouge, back to a life of relative comfort.

While by no means a comprehensive list, these are some accounts of prominent free people of color that resided and worked in downtown Baton Rouge, chiefly on Third and Lafayette Streets. These stories indicate how people of color played an integral role in society and were often respected by their white peers in their businesses – contrary to popular beliefs. Looking at their stories can offer some form of identity with them, which can be hard to characterize with enslaved people. This also further shows how this city was built on the success of people of color, and even those who were lucky to escape slavery were still creating the Baton Rouge we know today. 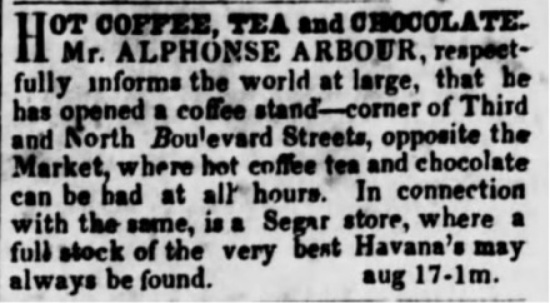 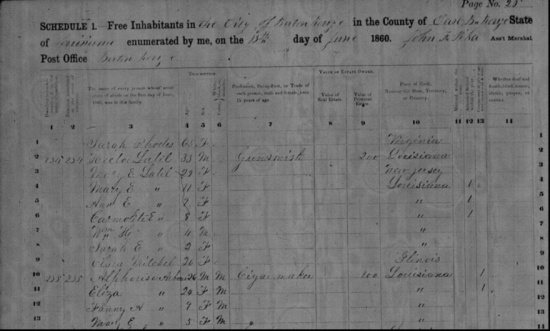 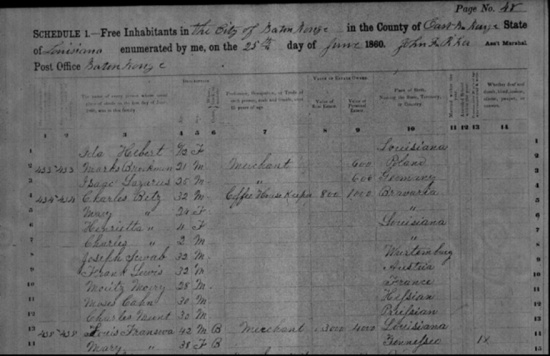 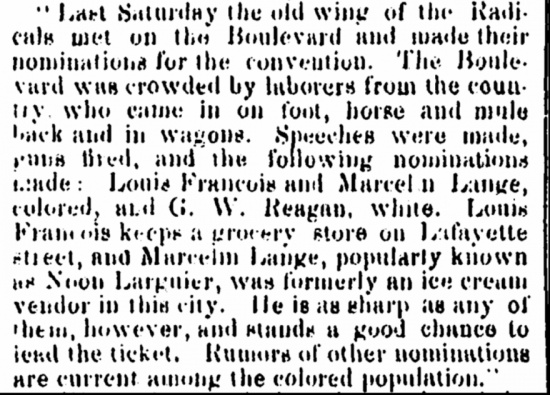 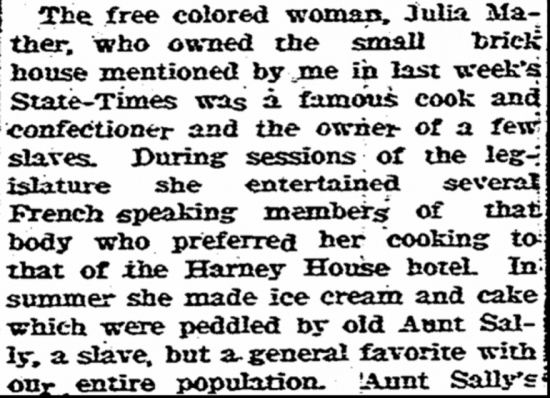 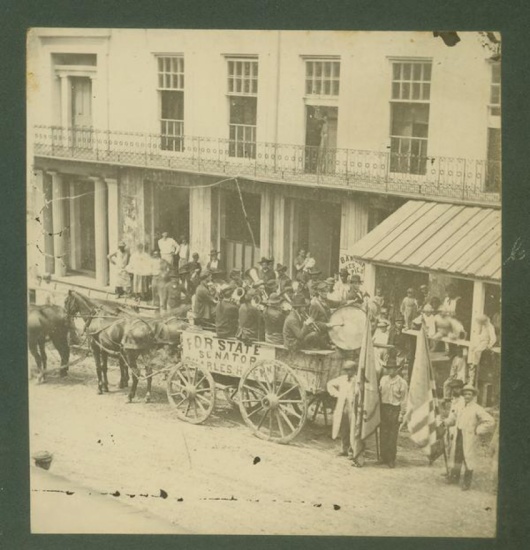